Czech Prime Minister Andrej Babis has admitted that his government had made a mistake when it eased restrictions aimed at containing Covid-19 over the summer.

His comments came as governments across Europe struggle with a second wave of Covid-19 infections following the holiday months in which the number of cases began rising sharply.

"Even I got carried away by the coming summer and the general mood. That was a mistake I don't want to make again," the billionaire populist said in a televised speech.

After fending off much of the pandemic earlier in the year with timely steps including mandatory facemasks outdoors, the government lifted most measures before the summer holidays.

The Czech Republic registered a record high of 3,130 coronavirus cases last Thursday, almost matching the total for the whole of March, although testing capacity was low at the start of the pandemic.

Interior Minister Jan Hamacek said the country was now ranked second worst in the EU behind Spain in terms of daily case growth per 100,000 residents.

"The situation is serious. Experts say that if we exceed 120,000 new infections per month, we'll start running out of hospital beds. We'll do our best to prevent this," he said.

He was immediately replaced with epidemiologist Roman Prymula, who has helped coordinate government measures to curb infections.

Elsewhere, Madrid's regional government chief has requested the army's help to fight the coronavirus surge in and around the Spanish capital where local authorities have ordered a partial lockdown of some poorer areas, prompting protests during the weekend.

At the height of the first wave of the epidemic in March-April, Spain deployed thousands of troops to battle the outbreak and a recent spike in infections, peaking at over 10,000 per day, took cumulative cases above 640,000, the highest in Western Europe.

"We need help from the army for disinfection ... and to strengthen local police and law enforcement," Isabel Diaz Ayuso told a news briefing after meeting Prime Minister Pedro Sanchez in an attempt to reduce contagion in Spain's worst-hit region.

She also requested that makeshift hospitals be set up again, about three months after they were decommissioned when Spain emerged from its strict lockdown having reduced contagion rates.

Prime Minister Sanchez said the central and regional governments would determine the size of the military and police reinforcements at a meeting later in the afternoon, the first of a series of meetings on tackling the situation in the region.

Like many countries in Europe, Spain is battling a coronavirus surge and, once again, Madrid is the worst-hit region. 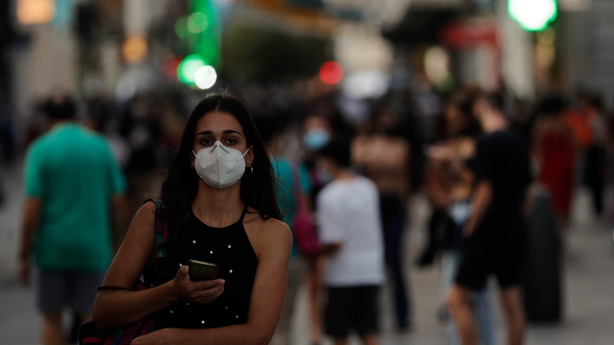 The partial two-week lockdown of the capital is expected to impact 850,000 people living mainly in densely-populated, low-income neighbourhoods in the south - or 13% of the 6.6 million people living in and around the capital.

But he stressed he was not contemplating a national lockdown.

Several districts of southern Madrid have counted more than 1,000 cases per 100,000 inhabitants - around five times the national average, which in itself is the highest in the EU.

Residents are banned from leaving their district other than for essential travel such as work, medical care or taking children to school, according to Madrid's regional government.

They are allowed to move around freely inside their zone but no one from outside is allowed in unless absolutely essential. 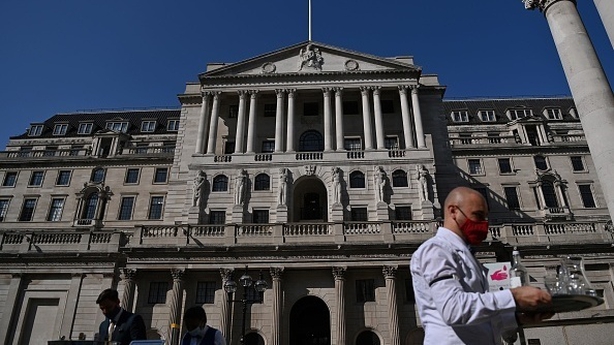 Meanwhile, senior medics in Britain have warned of an exponentially growing death rate from Covid-19 within weeks unless Prime Minister Boris Johnson's government moves urgently to halt a rapidly spreading second wave of the outbreak.

The UK already has the biggest official Covid-19 death toll in Europe - and the fifth largest in the world - while it is borrowing record amounts in an attempt to pump emergency money through the damaged economy.

But new Covid-19 cases are rising by at least 6,000 per day in Britain, according to week-old data, hospital admissions are doubling every eight days, and the testing system is buckling.

In New Zealand, Prime Minister Jacinda Ardern moved most of the country to the lowest virus alert from today, saying the country was edging towards eliminating Covid-19.

Ms Ardern announced New Zealand would from late today move down to virus level one in its four-tier alert system, except for Auckland, where the country's most recent outbreak emerged.

"Our actions collectively have managed to get the virus under control," said Ms Ardern, whose government has been widely praised internationally for its coronavirus response.

The decision means that mass gatherings, such as the first Bledisloe Cup rugby Test between the All Blacks and Australia in Wellington on 11 October, can proceed without restrictions.

New Zealand has recorded just 25 deaths in a population of five million, with no new cases reported today.

The virus was believed to have been eradicated at one point, with the country enjoying 102 days without community transmission after a strict national lockdown that ran from late March to late May.

"Analysis completed for the ministry of health suggests that by the end of this month, there is still a 50-50 chance of having eliminated Covid once again," she said.

But she said Auckland "needs more time" to eliminate a stubborn cluster of infections that was detected last month in the city of 1.5 million.

"This was the centre of the outbreak and that's why caution is required here," she said.

The origin of the Auckland cluster remains unknown, but health authorities say it is not the same strain of the virus experienced earlier this year.

Despite the mystery, Ms Ardern said extensive testing and effective contract tracing were keeping it contained.

Auckland's alert will move down slightly from 2.5 to two on Wednesday, meaning the maximum number at social gatherings increases from 10 to 100.

The city's virus setting will be reviewed in two weeks, with the possibility it could join the rest of the country at level one on 7 October.