The Government has received guidance on the reopening of pubs and a consultation process with the sector will now begin, a spokesperson for the Taoiseach said.

Both the Taoiseach and the Tánaiste have previously said they want the pubs to reopen as soon as possible, but that any reopening has to be done within a safe environment.

The reopening will form part of a nine-month Covid-19 plan for the next stage on how to live with the virus.

Any recommendations are likely to fall broadly in line with rules that currently apply to pubs that service food. Social distancing will be in place and registration and contact tracing will be strictly enforced.

Yesterday Taoiseach Micheál Martin said he believes that there has been an "overreaction" to the new regulations for pubs and restaurants.

Mr Martin said the regulations would be in place "for a short duration" and the Government had no interest in knowing what people are eating at bars.

He said the Government has received guidance from public health experts about the reopening of all pubs, which he said it wants to put to representative bodies to make sure they are "practical and implementable on the ground".

"We want the pubs to reopen. We want people to be back at matches again in reasonable numbers. All of that will form the wider plan on how we deal with Covid over the next 9-12 months," he said.

Meanwhile, the Government and the National Public Health Emergency Team are finalising a coronavirus plan for the country to take us through the next nine months, the Acting Chief Medical Officer has confirmed.

"We are closing the first chapter of Covid-19 and are now moving into chapter two," he told viewers. 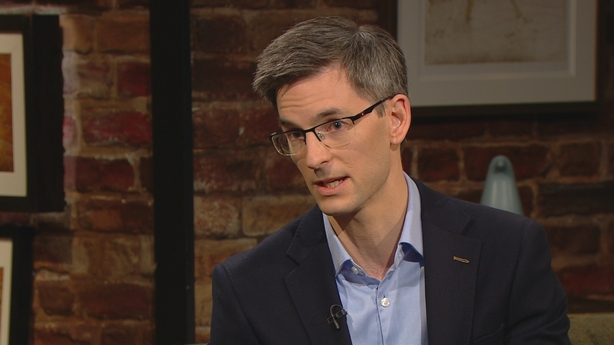 Dr Glynn also said he was optimistic that wet pubs could reopen by Christmas but said this was critically dependent on schools reopening safely and the number of Covid-19 cases remaining stable.

He said August was not the right time to reopen wet pubs and places that see people congregated like at sporting events.

But if the number of cases stay at a stable level going forward, then all pubs should eventually be able to reopen. "The key for the next few weeks is that schools keep open," he said.

The Acting Chief Medical Officer said Irish people have learned to live safely with Covid-19, and that the virus was still "under control here. It is the efforts of the Irish people that keep this - and have kept it [the virus] under control".

He said there is a strong silent majority that has stuck with the measures from the beginning "which gives him great hope".

However, he said that there is no certainty around what is going to happen in the pandemic.

Dr Glynn urged people to get the flu vaccine for the winter ahead and asked the public to continue to check on the elderly.

The Acting Chief Medical Officer says Covid-19 is still "under control" in Ireland. However, he says there is no certainty around what is going to happen in the pandemic | https://t.co/Uwo0ul4LZF pic.twitter.com/jPZPKeKPFJ

He said there has been a slow increase in cases and "we would like to see a much lower number of cases everyday".

However, he said NPHET is seeing a stabilisation and it needs to ensure that that continues.

Dr Glynn also said there had been a "very constructive" meeting with sporting bodies, where they exchanged views.

Sports Minister Catherine Martin said on Twitter last night: "I want sports to reopen to spectators once again. Let's see how that can be done and feed into the roadmap for resilience and recovery. It is what the entire nation wants."

I want sports to reopen to spectators once again. Let's see how that can be done and feed into the roadmap for resilience and recovery. It is what the entire nation wants. https://t.co/5it701syHy

Dr Glynn said that over the last six weeks, people congregating had become a problem. However, he said that as we head into winter time, he does not want a message to go out that people should not meet up.

"I'm acutely aware of the mental health and wellbeing impact that this pandemic has had on people across the country.

"We do not want to see people isolated in their homes this winter, we need people to stay connected.

'We do not want to see people isolated in their homes this winter, we need people to stay connected' - Acting Chief Medical Officer Dr Ronan Glynn | https://t.co/Uwo0ul4LZF pic.twitter.com/4AfW4fvep4

Meanwhile Health Minister Stephen Donnelly has said that while "we have more cases than we would like" people's efforts were starting to control transmission of the virus.

So how are we doing? We have more cases than we would like, but your efforts are starting to control transmission. We saw almost 800 cases last week, and will see the same this week; but the average number of new cases per day is stable near 100 and R is close to 1.0 #HoldFirm pic.twitter.com/oRzep8loo3

Posting on Twitter, he said the average number of new cases per day is stable at around 100 and the R (reproductive) number was close to 1. 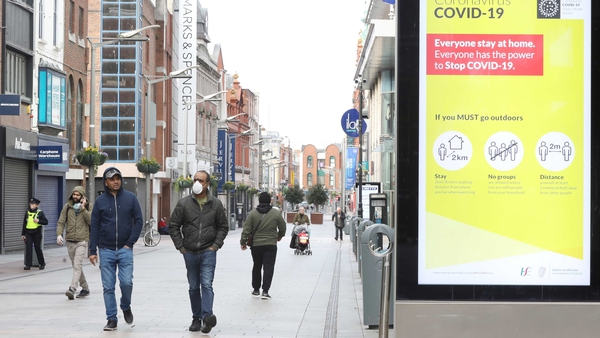