Europe can combat Covid-19 without full lockdowns now that authorities are better prepared and have gained knowledge about how to fight it in recent months, the World Health Organization (WHO) has said.

"With the basic nationwide and additional targeted measures, we are in a much better position to stamp out these localised virus flare-ups," the head of the WHO's European branch, Hans Kluge, told reporters.

"We can manage the virus and keep the economy running and an education system in operation," he added.

Europe has seen a steady rise in the number of cases for the past two months, he said.

"But we are not in February, we can manage the virus differently now than we did when Covid-19 first emerged," Mr Kluge said.

In addition to calling for good hand hygiene, social distancing measures and national testing and tracing programmes, the WHO recommended that additional measures be adopted locally when clusters arise.

On average, 26,000 new cases are being reported every day in Europe, according to the WHO.

Young people, who tend to experience milder symptoms and lower mortality rates, account for a growing share of cases.

However, Mr Kluge stressed the importance of reopening schools as countries gradually return to normal, noting the negative consequences that school closures have had on children.

The WHO's European region, which covers 55 countries, has registered almost four million confirmed cases of Covid-19 and 215,000 deaths linked to the virus, according to the organisation.

Italy has reported 845 new coronavirus infections in the past 24 hours, the health ministry has said, marking the highest daily increase since May, when the government eased lockdown measures.

Italy, one of Europe's worst hit countries, managed to contain the outbreak after a peak in deaths and cases between March and April.

However, it has seen a stead increase in infections over the last month, with experts blaming gatherings of people associated with holidays and nightlife.

The last time the country recorded a higher figure was 16 May, with 875 cases.

Two days later, restaurants, bars and shops were allowed to reopen, after a ten-week lockdown.

Germany and France have recorded their worst daily infection rates in months with concerns growing that coronavirus cases could spike in Europe just as holidaymakers return home and children go back to school.

Germany reported 1,707 new cases of Covid-19 in the past 24 hours, the highest daily toll since the peak of the pandemic in April.

The country has fared better than many European neighbours in suppressing the virus so far, but the number of cases has jumped significantly over the summer holidays.

Much of the rise has been blamed on returning holidaymakers, as well as parties and family gatherings.

Meanwhile, France has recorded new coronavirus cases at the fastest daily rate since May.

Almost 3,800 infections were confirmed in the past 24 hours, the health ministry's DGS public health division said.

"All indicators continue to climb and transmission of the virus is intensifying," the DGS said in a statement.

Face coverings are already mandatory on public transport in France and indoors in public places, amid fears that a mass movement of people as the summer break draws to a close will lead to a spike in infections. 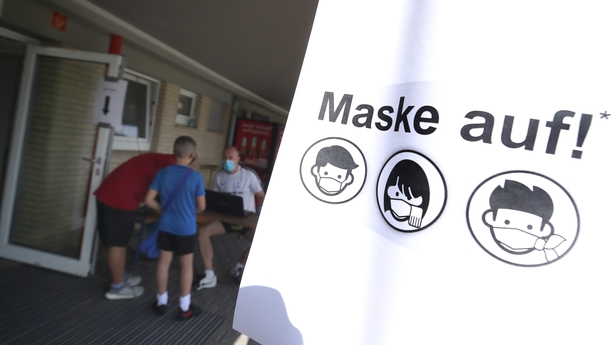 The latest statistics in Germany, from the Robert Koch Institute for infectious diseases, bring to 228,621 the number of infections in the country since the start of the pandemic.

It takes the daily figure back to a level not seen since late April, when the virus was considered to be at its peak.

The daily record of new cases in Germany is just over 6,000, registered in early April.

Ten new deaths were reported in the past 24 hours, bringing the total to 9,253.

Faced with a surge in cases, Germany earlier this month introduced free, mandatory tests for anyone returning from areas deemed a high risk for Covid-19 infections.

Chancellor Angela Merkel warned this week there could be no further relaxation of coronavirus restrictions.

Deputy director of the Robert Koch Institute Lars Schaade said German health authorities can cope with the rising number of infections at present but urged people to do everything to help reverse the trend.

Spain has recorded 3,349 new infections in the past 24 hours, compared to 3,715 yesterday, bringing the total to more than 370,000, the highest caseload in western Europe. 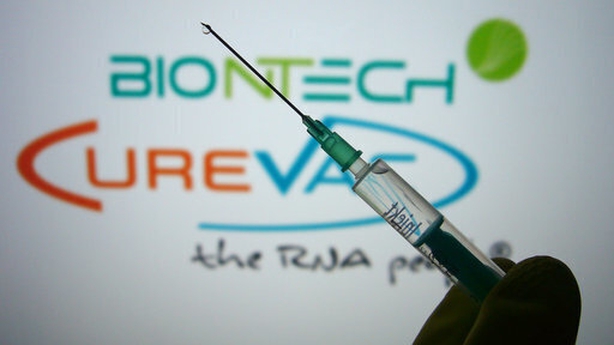 The European Union has said it has concluded talks with German pharmaceutical firm CureVac, aiming to secure 225m doses of a potential coronavirus vaccine.

It is the fourth agreement the bloc has reached with companies working on a potential vaccine against the virus, after deals with Sanofi-GSK, Johnson and Johnson and AstraZeneca.

"The envisaged contract with CureVac would provide for the possibility for all EU member states to purchase the vaccine," the European Commission said in a statement.

An agreement to buy the vaccine will come once it has been shown to be safe and effective, the commission said.

The spread of coronavirus in Brazil could be about to slow, the health ministry said, amid reports the transmission rate has fallen below the key level and early signs of a gradual decline in the weekly totals of cases and fatalities.

The cautious optimism comes despite figures again showing a steady rise in the number of confirmed cases and death toll in the last 24 hours, cementing Brazil's status as the world's second biggest Covid-19 hot spot after the United States.

A study by Imperial College London, meanwhile, showed that for the first time since April, Brazil this week registered a transmission rate below 1, according to local media reports.

A so-called "R rate" below 1 indicates that each infected person will infect less than 1 person, thus reducing the epidemic.

"In a way, it is a trend. We have to see how the disease behaves in the next two weeks to see if there is a significant drop," Arnaldo Medeiros, Secretary of Health Surveillance, told a news conference.

Later, the official ministry figures showed 49,298 new coronavirus cases and 1,212 deaths from the virus in the past 24 hours.

Brazil has now registered 3,456,652 cases of the virus since the pandemic began, while the official death toll has risen to 111,100.

India is the worst-hit country in Asia and third only behind the US and Brazil in terms of number of cases.

New Zealand has reported five new confirmed cases of coronavirus in the last 24 hours compared with six a day earlier, as the Pacific nation battles afresh outbreak in its biggest city of Auckland.

An abrupt resurgence of infections last week in Auckland prompted the government to reimpose some lockdown restrictions on the city's 1.7 million residents.

New Zealand so far has reported just over 1,300 confirmed cases and 22 deaths from the virus.

There are 101 active cases in the country.