Taoiseach Leo Varadkar has said that the reopening of a number of sectors has now moved into Phase 3 of the easing of Covid-19 restrictions, with gyms, cinemas and places of worship to open their doors on 29 June.

Speaking at Government Buildings, Mr Varadkar said the roadmap to reopening the country is being re-phased and apart from some exceptions, most things have been moved to Phase 3.

All sporting activities, including adult and child leagues, can resume but the number of spectators will be limited.

Mass gatherings of 50 people indoors and 200 outdoors will be allowed from 29 June.

Mr Varadkar said that all going well, that will rise to 100 indoors and 500 outdoors on 20 July.

He said we all need to stay careful, and that while progress is being made the announcement comes with terms and conditions.

The Taoiseach said personal responsibility would become more important and asked people to follow four things under the concept of DATE - Distance, Activity, Time and Environment.

Taoiseach Leo Varadkar asks that people consider 4 things before doing anything going forward – the distance, the activity, the time, and the environment involved | More: https://t.co/MiEw17PaZB pic.twitter.com/D9DDJa2aKk

He also said people should continue to work from home if they can.

In relation to distance, he said people should continue to stay two metres apart during activities, and that people should wash their hands and wear face coverings in certain situations.

He said people should be conscious of the time they spend in a place, realising that the risk is higher in a closed, poorly ventilated space.

If a place is packed, Mr Varadkar said people should not enter and if they have been somewhere too long they should leave even if they are having a good time.

He called on people to exercise judgement and control for their own sake and also for the collective good.

"We all need to stay careful," he said, adding that the coronavirus has not gone away.

He said that the past few months have been among the toughest in our country's history.

Mr Varadkar said that the "spirit of hope proved to be contagious and it has brought us to where we are now, ahead of schedule, able to accelerate the reopening of our country and our economy".

He said the next roadmap will be a national recovery plan and that the mission of the next government will be to repair the damage done. However, the Taoiseach admitted that he did not know how long it would take the country to recover.

He said citizens need to continue to act responsibly and that until there is a Covid-19 vaccine, we will be living a very different kind of life.

Taoiseach Leo Varadkar says people should still work from home if possible, and mass gatherings of people will be limited to 50 people indoors, and 200 people outdoors until the 20th of July | More: https://t.co/MiEw17PaZB pic.twitter.com/MUFY651JlI

Speaking at a later government press briefing with Chief Medical Officer Dr Tony Holohan, he said that the limits on indoor and outdoor gatherings will be reviewed in July and August, but gatherings of more than 5,000 will not take place before 31 August.

Mr Varadkar said there was no date set for changing these measures but they would be reviewed every two to three weeks.

He also said the 14 day quarantine for overseas travel remains in place until 9 July but a cabinet committee will discuss this next week.

He said he wants to reopen air travel with countries that have suppressed the virus in a coordinated fashion with other European countries, but that this "hasn't happened yet".

Mr Varadkar also said he is conscious of the risk of imported cases.

The Minister for Health said that people would begin receiving invites for cancer screening over the summer months.

Simon Harris also said it is unlikely the same restrictions would be applied if there is a second wave of the virus. 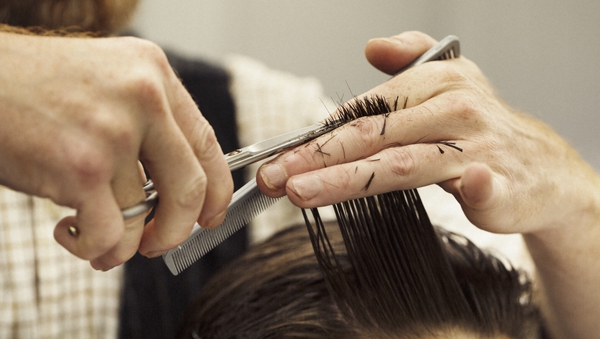 As it happened: Hairdressers, cinemas and churches to reopen 29 June