Britain's system for tracing those with Covid-19 is under fire as it grappled with the development of a tracking app and health workers warned the government that unless there was clarity it could suffer a second deadly wave.

Prime Minister Boris Johnson said yesterday a "world-beating" programme to test and trace those suspected of having been in contact with people who have tested positive for Covid-19 would be in place by 1 June.

Britain is currently testing the app - based on Bluetooth - on the Isle of Wight where the government says more than half the residents had downloaded it. 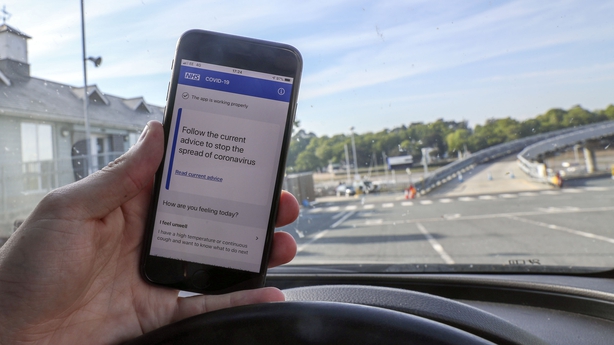 James Brokenshire, the junior interior minister in charge of security, said there were technical issues with the app but that traditional measures would be used until it works.

"The track and trace system is going to be ready," Mr Brokenshire told Sky News.

"We obviously want to see that the app is put in place well and effectively, learning from the experience on the Isle of Wight and dealing with all of the feedback that we're receiving on some of the technical issues, to ensure that the app is as strong as we can make it."

When asked directly if the system could work without the app, he said: "Yes."

Tracking and tracing those infected is seen as crucial to preventing a deadly second wave of the outbreak and thus getting the economy working again after the lockdown.

But Britain's system has been dogged by criticism. Opposition politicians said an earlier promise of a nationwide roll-out of a National Health Service-developed smartphone app had slipped from the middle of this month.

The NHS Confederation, a group that represents the health service's organisations, said the UK is at risk of a second jump in cases without clarity on government strategy.

"The relaxation of restrictions based on scientific advice is the right approach but it must be accompanied by an effective test, track and trace strategy which enables us to monitor local spread of the disease," the confederation said.

"To achieve this we must have national, local and cross-agency involvement. Without this, we do face the risk of a second wave of infections."

When asked about a trial in Britain of anti-malarial drug hydroxychloroquine, the drug US President Donald Trump says he takes, Mr Brokenshire said that all drugs were tested carefully.

When asked if he would take it, he said he felt there was no need to make such statements.

His comments come after Mr Trump on Tuesday defended taking hydroxychloroquine to try to ward off the novel coronavirus despite medical warnings about its use.

Mr Brokenshire also said restrictions on arrivals in Britain from overseas would be introduced early next month. He declined give any further details.

The BBC is reporting that the latest figures show the total number of people who have died after testing positive for coronavirus in the UK has reached 35,704.