The Minister for Health has said Covid-19 must be made as weak as possible before 18 May, to give the roadmap for the easing of restrictions the greatest chance of success.

Simon Harris said we are "now beginning to see a situation where the figures are somewhat stabilising" but he said the efforts must continue to suppress the virus.

He said there are "new cases every single day but we have seen, I think, 13 days in a row where the rate of growth of new cases has been 2% or less".

Mr Harris said while the Irish people are making massive efforts, "we do need to be very, very careful that it doesn't in anyway give us an indication that we don’t need to keep at it, in terms of the public health measures".

He warned: "In about 10 days' time, we hope to be in a position to press go on our roadmap, and ease some of those restrictions but those 10 days do count.

"The weaker the virus can be made over the next 10 days, the greater chance our plan has of success and the greater there is a chance that we could begin, in a gradual way, to ease some restrictions."

Mr Harris said every single day counts in the battle against the virus, and he said: "The weaker we can make the virus, the more lives we will save, the more people we will keep well."

He said the Government does not want to be in a position where it begins implementing the exit strategy, but has to stop the rollout, if the virus takes off again.

On the return of schools after the summer, Mr Harris said he has "no doubt the Department of Education is working to reopen schools for the new school year and working out how best to do that".

Simon Harris said there is now a roadmap that indicates that schools will open at the start of the academic year but he said: "public health will always come first."

Dr Holohan provides an age breakdown of the overall number of confirmed cases and deaths so far, with 120 cases confirmed among children under the age of four | Live updates: https://t.co/cZpmOJlY19 pic.twitter.com/CBE8JRKb6r

It has been announced that a further 18 people who were diagnosed with the virus here have died, while the Department also confirmed an additional 219 cases.

Of the overall number of cases so far, 13% have been hospitalised.

Elsewhere, safety measures including no-handshake policies, temperature testing, intensive cleaning, and contact logs to facilitate contact tracing are set to be introduced for businesses re-opening shortly, under a new protocol for employers and workers on dealing with the virus.

Employers contemplating reopening are advised to develop a Covid-19 Business response plan, to address the potential level of risk (including for individual workers) and formulate procedures for responding to suspected cases.

The protocol also advises them to prepare contingency measures to address increased rates of worker absenteeism, and to revise existing sick leave policies. 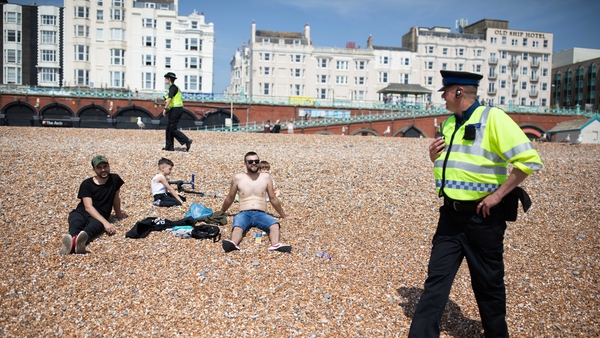 Holohan worried over rise in Covid-19 cases among young people