The Department of Health has published details of the governance structure of the National Public Health Emergency Team (NPHET).

The development follows concerns raised by opposition politicians who have called for greater transparency regarding how the NPHET operates.

Labour Leader Alan Kelly raised questions about the accountability of the group.

The NPHET gives expert advice and guidance to the Government on the overall response to Covid-19.

The team's meetings are held behind closed doors and the minutes have not been published since March.

This evening in a document, the Department of Health said the group was established on 27 January to provide national direction, guidance, support and expert advice on the development and implementation of a strategy to contain Covid-19.

It said that following each of its meetings its recommendations were communicated by letter to the Minister for Health and the Health Service Executive's Chief Executive.

The document said these recommendations were used to assist the Government in informing its decisions in responding to the public health emergency.

It said NPHET was "committed to transparency" in how it conducts its business.

It added that actions and recommendations arising from its meetings were communicated publicly and were announced through press releases and media briefings.

It added: "The NPHET Secretariat works diligently to finalise the minutes of the meetings as quickly as possible after the meetings, bearing in mind the pace of the current pandemic public health crisis." 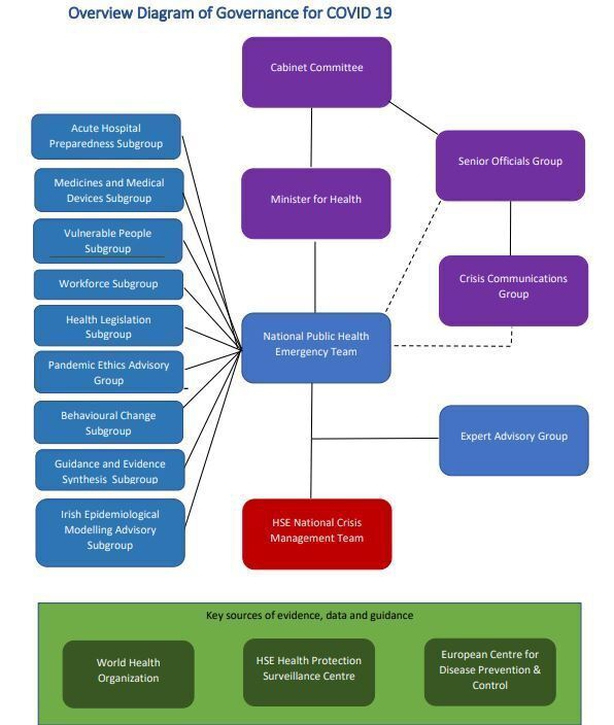 The group is made up of a series of subgroups covering acute hospitals, medicines, vulnerable people, workforce, health legislation, ethics, modelling, behavioural change, and guidance and evidence.

He said that NPHET was "not resiling from its commitment to transparency", but that publishing the minutes was a "huge job".

Dr Holohan said that NPHET holds a four-hour meeting twice a week and there was a "bit of a logjam", including that some of them are sitting on his desk waiting to be cleared.

Cabinet to discuss attendance of 100 people at weddings