Congregations of a secretive South Korean sect, an assembly of French evangelists and major European football matches: as the new coronavirus radiated across the planet it seeded clusters of infections at mass gatherings that helped magnify its spread.

With around half of humanity under lockdowns that have radically altered the contours of daily life, social activities such as sharing a meal with friends and family or standing among a scrum of fans at a sports event have suddenly become prohibited in many places.

But even as China eases restrictions on the outbreak city of Wuhan and some European countries consider lockdown exit routes, experts say plans to celebrate will need to stay on ice.

"The worst scenario would be a VE day type celebration where everyone's on the street, kissing and hugging each other," said David Lalloo, director of the Liverpool School of Tropical Medicine.

"That would certainly guarantee that any remaining individuals who did have infection are more likely to spread it," he told AFP, advocating instead for a "much more controlled, gradual return".

Mass gatherings, in celebration and in sorrow, are an intrinsic part of human life. They also give budding pathogens a well-documented opportunity to amplify transmission.

The devastating 1918 influenza pandemic - which infected about a third of the world's population and killed an estimated 50 million people - rebounded at the end of World War I as people celebrated Armistice Day and soldiers demobilised, the US Centers for Disease Control and Prevention has said.

A particular risk at a public event is the potential presence of a so-called super-spreader - a person who sheds the virus on a greater scale than others and can infect large numbers of people.

"If that individual happens to be at a mass gathering and for whatever reason there is very close contact between people, then I think we have seen several examples where a mini outbreak within an epidemic has arisen from a single episode," Mr Lalloo told AFP.

In South Korea they call her "Patient 31".

On February 10 - a month after the World Health Organization said a coronavirus could be behind a mysterious pneumonia outbreak in Wuhan - a 61-year-old South Korean woman developed a fever.

The woman, a devotee of the Shincheonji sect, attended at least four church services in the city of Daegu before she was diagnosed with Covid-19.

Within weeks thousands of infections - most of the country's total - were linked to Shincheonji members.

"The pattern is very common. You go to a family gathering or religious gathering and you catch the thing and then you go off to your locality and then spread it," said KK Cheng, director of the Institute of Applied Health Research at Birmingham University.

He told AFP that the huge annual exodus of people for holidays and family visits around Lunar New Year likely seeded the international spread of Covid-19.

France reported the first death outside Asia in mid-February.

Later that month, some 2,000 evangelical Christians gathered in the eastern town of Mulhouse, including several people unknowingly carrying the virus.

The meeting has since been linked to cases all over France and the Grand Est region is struggling with one of the country's most severe outbreaks.

Tens of thousands of Bergamo residents travelled to the game and others crowded together at home and in bars to watch.

"It's clear that evening was a situation in which the virus was widely spread," Bergamo mayor Giorgio Gori said last month as the virus raged across his city.

Spanish club Valencia said 35% of their team and staff tested positive for coronavirus following the trip to Milan.

The WHO declared Covid-19 a pandemic on 11 March, as the Champions League match between Liverpool and Atletico Madrid went ahead in the UK.

Liverpool council's director of public health Matthew Ashton has since told the Guardian newspaper that "it was not the right decision" to hold the game.

India began putting about 15,000 people under quarantine on 18 March after a "super-spreader" Sikh guru who had travelled to European virus hotspots went preaching in villages in northern Punjab, before falling ill and dying of Covid-19.

The reluctance of officials to stop big events - in Britain the government did not impose restrictions until late March - meant "some people would have died, some would consider, unnecessarily", said KK Cheng.

But he said policymakers were faced with a new disease and no easy answers.

A "draconian" response could be so successful that nothing happens and it attracts accusations "that you have damaged people's livelihoods".

"It is easy to criticise," Mr Cheng said.

"And those of us who don't have to make decisions like this should feel grateful that we are not in those positions."

The issue of how and when to restrict public events has unleashed debate among experts.

In an article published last month in the Lancet, members of the WHO's Novel Coronavirus-19 Mass Gatherings Expert Group discussed the organisation's guidelines for how to assess the potential risks of holding events. 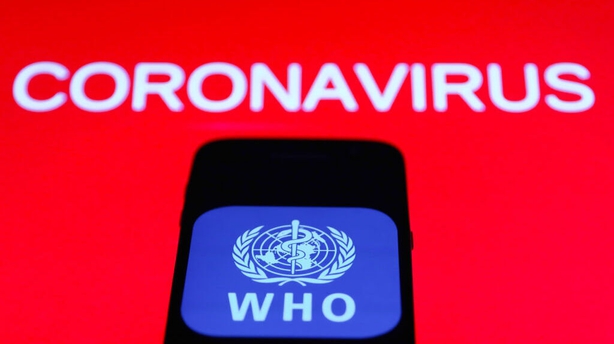 While the authors conceded that in the past mass gatherings "have been the source of infectious diseases that have spread globally", they said public health measures had reduced the threat in recent years - enabling large events to go ahead despite virus outbreaks.

In response, another group of specialists warned in a letter to the journal against giving "explicit approval" to planned events during an "escalating global pandemic".

"Allowing mass gatherings under these circumstances has the potential to endanger millions of attendees and upon return home also those who remained in their countries of origin," said the authors.

The original authors responded in turn, saying the WHO guidelines would be helpful as nations "start removing restrictions and rebuild communities and economies".

In the meantime, event organisers and religious leaders are innovating new ways to reach their audiences.

Pope Francis livestreamed his Palm Sunday mass from a deserted Saint Peter's Basilica, and in some countries the Islamic call to prayer has been tweaked to urge people to stay at home. 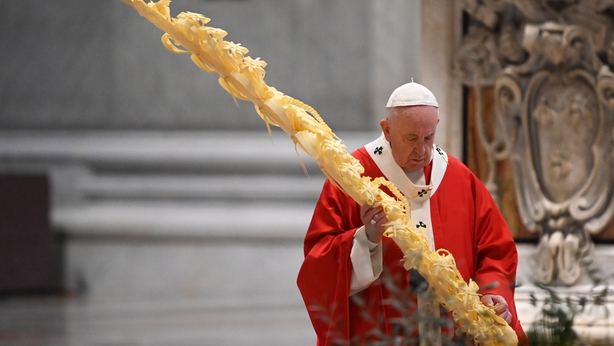 With cultural venues closed down, organisations from the Metropolitan Opera in New York to Berlin's Philharmonic are streaming concerts online.

Mr Lalloo said policymakers should beware of "perverse consequences" of interventions, such as holding matches in empty stadiums but allowing people to gather in bars.

He said the speed with which societies return to holding events with large crowds might be affected by the experience of social distancing itself.

"Are you going to be more nervous about hugging strangers or shaking hands? I don't know the answer to that," he said.

"But I don't think ultimately there will be changes in the way we watch sport, or concerts or whatever in the future."