Italian Prime Minister Giuseppe Conte has said the European Union might collapse as a project unless it acts decisively to help countries worst-hit by the coronavirus outbreak.

Italy has been pushing for a co-ordinated economic response from the EU by allowing counties to share debt, but the proposal is opposed by Germany and The Netherlands.

In an interview with the BBC, Mr Conte said the scale of the problem should not be underestimated. 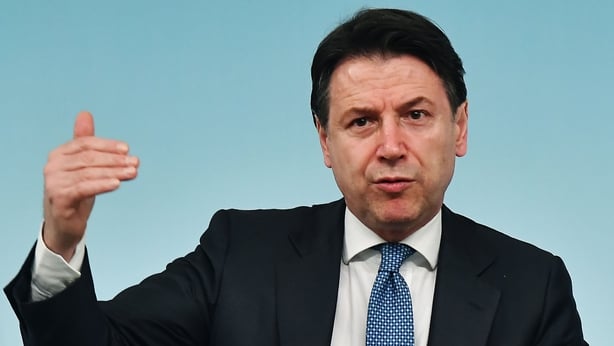 Italian banks especially face a torrid time as they have the highest exposure to small businesses in Europe, including already struggling firms that may slide into default in the harsh recession expected to follow the pandemic.

In a sign of the concern, the yield on an Additional Tier 1 bond issued by Banco BPM, the Italian bank most exposed to small firms in Lombardy at the heart of the outbreak, has leapt to 20% from 6% when it was first sold in January.

Over the past four years, Italian banks have offloaded more than €170 billion of bad debts, halving their proportion to all outstanding loans to below 9%, even though that is still almost triple the eurozone average of 3.2%.

Italian lenders were helped by a state guarantee scheme (GACS) that cushioned losses from disposals.

Despite efforts, they were unable to bridge differences on how to rebuild their economies after the coronavirus, with a north versus south split on burden-sharing for the worst affected countries, especially Italy and Spain.

Those two countries are insisting on a solidarity fund that would be paid for by European partners jointly borrowing money on the financial markets.

Sometimes called "coronabonds", this proposal is being firmly resisted by Germany, the Netherlands and other rich countries who see it as an attempt by the indebted south to unfairly take advantage of the north's fiscal discipline.

Germany and its allies insist instead that any European rescue should use the eurozone's €410bn bailout fund, as well as wait to see the effects of the massive monetary stimulus already unleashed by the European Central Bank.

Italy is refusing recourse to the ESM, which was created in 2012 during the eurozone debt crisis when states like Greece no longer had access to borrowing on the markets.