The UK's coronavirus death toll rose to 35 as it was revealed the government will ask elderly people to self-isolate for up to four months.

The British Department of Health said 14 more patients have died in England after testing positive for Covid-19. This follows the 10 deaths announced yesterday.

A total of 34 people have died from the virus in England, while there has been one death in Scotland.

There have been a total of 1,372 positive tests for coronavirus in the UK as of 9am today, up from 1,140 at the same time on Saturday, the department said.

British Health Secretary Matt Hancock has said the British government will eventually be asking everyone over the age of 70 to self-isolate to stem the spread of coronavirus.

Speaking on Sky News' Sophy Ridge on Sunday, Mr Hancock said the Covid-19 crisis was unlike anything seen since World War II, adding that the UK has been through worse and could get through it.

On reports that the UK government would ask everyone over the age of 70 to self-isolate, Mr Hancock said that was part of its plans, but was not being implemented yet.

He said it was a very big ask of the elderly and the vulnerable.

Mr Hancock: "That is in the action plan, yes, and we will be setting it out with more detail when it is the right time to do so because we absolutely appreciate that it is a very big ask of the elderly and the vulnerable, and it's for their own self-protection."

Pressed on when the measure will be introduced, he said: "Certainly in the coming weeks, absolutely."

Sophy Ridge asks Health Secretary @MattHancock to confirm that those over-70 will be asked to self-isolate and stay at home for up to four months.

He said the UK government has a huge weight of responsibility to get its response right and that the NHS has an "extraordinary" time ahead of it.

Mr Hancock said they will be asking people to do more to prevent the spread of the virus, adding that the measures they are looking at taking will disrupt the lives of everyone in the UK.

The minister said he was asking people in the UK not to forget that washing their hands was the most important thing people could do. 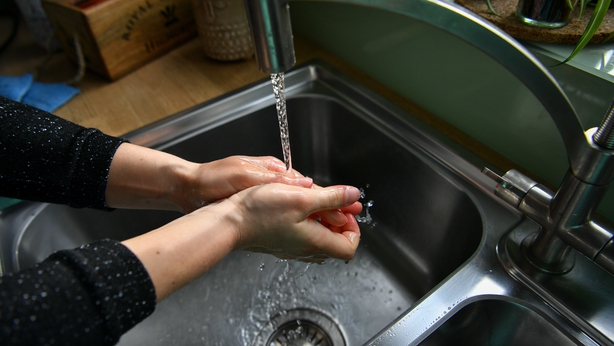 He said they did not want to set out additional measures too soon and insisted the critical thing right now was to remain ready.

Asked repeatedly if everyone in the UK who needed access to a ventilator would get one, Mr Hancock said the UK government could not make guarantees and said they were at the moment seeking to produce more.

Mr Hancock said at the moment they need more ventilators and were training as many new doctors in their use as possible.

"We start with around 5,000 ventilators, we think we need many times more than that and we are saying if you produce a ventilator then we will buy it. No number is too high.

"They are relatively complicated pieces of kit, I couldn't make one, but they're not so complicated that the advanced manufacturing that this country is so good at now can't be able to turn its production lines over to.

"We've been talking to a whole host of companies about it and the Prime Minister is hosting a conference call today with them to say very clearly to the nation's manufacturers ventilators are the thing that we are going to need and frankly right across the world, the demand for them is incredibly high so it is not possible to produce too many.

"So anybody who can should turn production and their engineering minds over to the production of ventilators."

He also said the government "is ready" to ban gatherings of over 500 people to combat the virus.

Mr Hancock said he was "confident" shops will not run out of food, but could not guarantee it and warned the government could take further action. 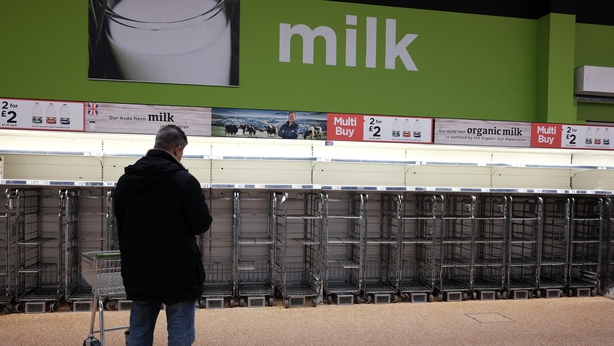 Asked if food supply might be at risk, the minister said: "No, one of the things we are confident about is that the food supply will continue."

But pressed to guarantee this would not be the case, he said: "Well we are confident about it. What I can guarantee is we will work with the supermarkets to ensure that people get enough.

"I understand why people might be stocking up but people have got to behave responsibly.

"Supermarkets are right to write the letter calling on people to be responsible and to consider the impact their stocking up might have on others.

"And of course we stand ready to take further measures if that's necessary."

Speaking on the same programme, the UK's former chief scientific adviser Mark Walport said we were several months away from a vaccine.

He said: "Vaccines are being developed at a very fast rate so there are a number of candidates: large companies, small companies, universities all working.

"The challenge here is to make sure the vaccine is safe and it works, and unfortunately, that takes a period of time to do so realistically.

"It's very unlikely that we are going to have a vaccine for the present round of this epidemic. We are talking months, up to a year."