Ten more patients have died in England after testing positive for Covid-19, bringing the coronavirus death toll to 21 in the UK.

A number of the patients, who were over 60, had underlying health conditions, NHS England said.

The ten patients were being cared for by nine trusts including Buckinghamshire, Sandwell & West Birmingham, Wolverhampton, Leicester, Barts, London, north Middlesex and Chester.

Professor Chris Whitty, chief medical officer for England, said: "I am sorry to confirm ten further patients who have tested positive for Covid-19 in England have died.

"All ten individuals were in the at-risk groups. I understand this increase in the number of deaths linked to Covid-19 will be a cause for concern for many.

"The public should know every measure we are taking is seeking to save lives and protect the most vulnerable.

"I offer my sincere condolences to the families and friends who have received this difficult news. I ask that their privacy is respected at this time."

The UK is dealing with a rising number of cases of the illness and this announcement sees the death toll in the UK double.

The number of positive cases in the UK has now surpassed 1,000.

Meanwhile, plans are under way in the UK to ban mass gatherings from next week as the government looks to implement more extreme measures in the fight against Covid-19.

Boris Johnson had faced criticism for not taking such actions, despite similar steps being taken by other European countries as the pandemic worsens. 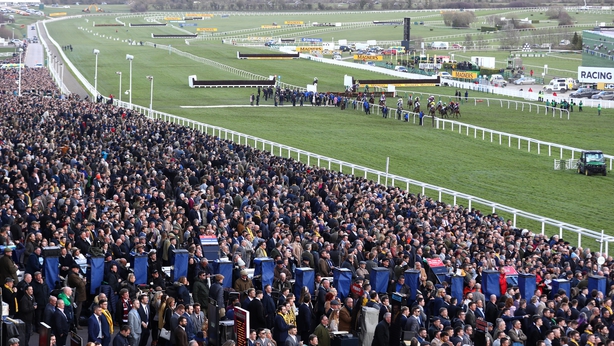 Emergency legislation bringing in beefed-up powers will be published next week and there could also be a move towards more people working from home, a Whitehall source said.

Yesterday, the World Health Organization said Europe had now become the epicentre of the pandemic.

US President Donald Trump also indicated he might add the UK to a list of countries facing a US travel ban as the number of cases grows in the country.

Mr Trump described cases of coronavirus as having risen "fairly precipitously" since the president initially announced the ban during the week with the UK exemption.

Scores of major UK sporting and cultural events have already been suspended, despite the government resisting calls to ban mass events in its latest guidance earlier this week.

These included all elite football games, such as the Premier League and the second-tier Championship.

Scotland had already announced a ban on gatherings of more than 500 people.

Coronavirus: What are the British up to?

Late last night, a Whitehall source said: "Ministers are working with the chief scientific adviser and chief medical officer on our plan to stop various types of public event, including mass gatherings, beginning next week.

"We are also talking to businesses and other bodies about the timing of moving towards much more widespread working from home.

"There are many complex considerations to make all these measures as effective as possible.

"We will make the right decisions at the right time based on the best scientific evidence.

"We have drafted emergency legislation to give the government the powers it needs to deal with coronavirus, including powers to stop mass gatherings and compensate organisations.

"We will publish this legislation next week."

The Times newspaper reported the laws could also give police and immigration officers to detain people if they are suspected of being infected and the ability to direct schools to stay open.

The newspaper said the laws could remain in place for two years.

The UK's chief scientific adviser Patrick Vallance had previously said while it is "eye-catching" to order the cancellation of mass gatherings and sporting events, the chances of contracting the disease by attending such occasions are slim.

Mr Johnson had faced criticism from some experts, as well as former health secretary Jeremy Hunt, who questioned the decision not to cancel large gatherings.

The Whitehall source said officials are "concerned about the burden large events put on public services, including the health service and the police, from dealing with coronavirus".

Mr Vallance explained that the Government is hoping its approach to tackling coronavirus will create a "herd immunity" to the disease.

The UK's approach to developing "herd immunity" has been called into question by the World Health Organisation (WHO).

Spokeswoman Margaret Harris said not enough is known about the science of the coronavirus, and that while "theories" can be talked about, the current situation requires "action".

WHO spokeswoman Dr Harris questioned the UK's approach to developing "herd immunity" against Covid-19, telling BBC Radio 4's Today: "We don't know enough about the science of this virus.

"It hasn't been in our population for long enough for us to know what it does in immunological terms.

"Every virus functions differently in your body and stimulates a different immunological profile.

"We can talk theories, but at the moment we are really facing a situation where we have got to look at action."