The medical device manufacturer Boston Scientific has confirmed that a number of employees at its Galway facility are being laid off.

The exact number of job losses has not been confirmed but the company says it hopes the move will have a "minimal impact" on staff numbers in the city.

It is understood that in the region of 30 employees will be made redundant at the conclusion of a consultation process. The remainder of those impacted by the move will be redeployed to other roles in Galway.

The decision comes after the firm announced a voluntary recall of a replacement cardiac valve system earlier this week.

All production, research and development related to the LOTUS Edge Aortic Valve System has ceased with immediate effect.

The move came as a result of "complexities" relating to the production of the devices.

The decision was made, in light of the time and investment that would have been required to remedy the issues identified.

Workers in the United States and Malaysia are also affected by the decision.

Boston Scientific employs between 4,500 and 5,000 people in Ireland, with just under 4,000 of those working in Galway.

The firm specialises in cardiovascular medical technologies and has had a production facility in the city for over 25 years.

The company says a consultation process with the workers in question will continue in the coming days.

Meanwhile, its emerged that the Irish business of Boston Scientific and a number of overseas subsidiaries last year paid out a dividend of $37.42bn.

The Galway registered group’s pre-tax profit came about chiefly as a result of an exceptional gain of $36.9bn.

The company made the gain through the profit made on the sale of its intellectual property assets to Boston Scientific group companies.

According to accounts for Boston Scientific Ltd just filed with the Companies Registration Office, the group’s operating profits increased by 57% to $1.19bn last year.

The increase in operating profits followed revenues increasing by 16%, rising from $4.23bn to $4.9bn.

However, the tax bill was reduced by $4.747bn through 'different tax rates on overseas earnings’.

According to the directors’ report, the sales growth last year was consistent with the overall growth in Boston Scientific revenues in additional to the transfer of additional activity to the entity.

The profit last year takes account of non-cash amortisation and depreciation costs of $335.39m and Research and Development expenditure of $635m.

The accounts also disclose that an agreement between the IDA and Boston Scientific specifies that the company has a contingent liability to repay in whole or part grants received amounting to $29.7m at December 2019 if certain circumstances as laid out in those agreements occur within five years of the date of the agreement.

The directors state that the company is engaged in a series of initiatives aimed at growing its gross and operating margin.

The accounts were signed off on September 23rd.

On the impact of Covid-19, the directors state that the pandemic unfavourably impacted on Boston Scientific’s key financial performance indicators for the second quarter of 2020.

However, the business expects sequential improvement in its financial performance in the third quarter of 2020 compared to the second quarter.

At the end of December last, group had accumulated profits of $1.4bn. 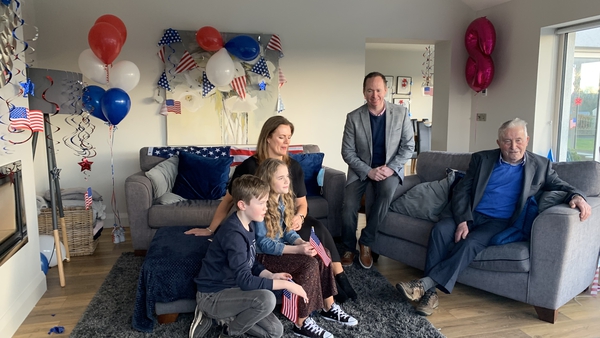