A special meeting of Galway City Council is being held tonight, amid concerns about how preparations for the 2020 European Capital of Culture are progressing.

Galway was named as the successful Irish applicant region, following an extensive bid process two years ago. The year-long celebration of culture will cost almost €46m.

Galway City Council is one of the principal funders and commercial rates have been increased by 3%, to cover the costs associated with the project.

In a presentation to the meeting, the Chief Executive of Galway 2020, Hannah Kiely, conceded that there had been "challenges and bumps" since the designation was awarded in July 2016, but she said these should not derail the potential long-term benefits.

Galway 2020 will cost around €46 million. Company charged with delivering the project acknowledging communication "shortfall" in getting its message across to Joe Public. Admits it needs to up its game... pic.twitter.com/Znw2cuJL9K

A Creative Director, appointed in 2017, resigned from his position earlier this year. Ms Kiely gave no reason for the departure of Chris Baldwin but paid tribute to the work he had carried out.

Ms Kiely said she wanted to re-galvinise the community and said Galway 2020 was soon to enter what she called the "delivery stage".

She said the designation would put the city on a new platform, would improve infrastructure, create jobs and provide long-term tourism benefits.

A number of elected representatives have voiced concerns about the costs involved, a lack of public awareness about how the project is progressing and the manner in which key appointments have been made. 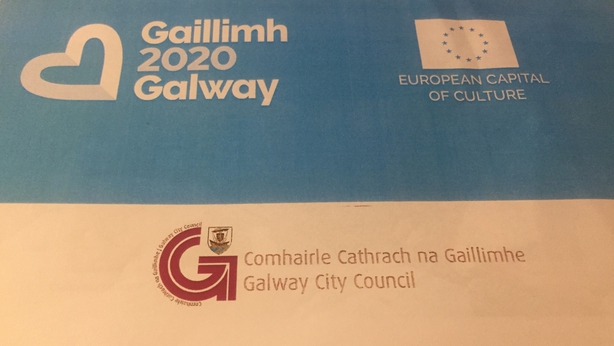 Fianna Fáil's Ollie Crowe asked to be told "in layman's terms" what led the former creative director to resign.

He raised concerns about a possible funding shortfall and said that there was a sense locally that the project was "not going the right way".

Fine Gael's Pádraig Conneely pressed the Chief Executive and the Chairperson of the Galway 2020 board about their involvement in the project and sought clarity on how their appointments came about.

Sinn Féin's Mark Lohan said he wanted to see long-term infrastructure in place as a result of the Capital of Culture designation.

He asked if a written report could be provided to councillors to keep them updated about how plans were progressing.

But Independent Councillor Noel Larkin was critical of negative comments relating to the project.

He said the Capital of Culture designation was of huge significance for Galway and he called on councillors to allow the board of Galway 2020 to get on with their task of delivering the project.

Labour Councillor Billy Cameron said there had been a "whispering campaign" to undermine the Galway 2020 project around the city in recent weeks.

He said it was time to cut out negativity and get on with the job of preparing for the ground for the Capital of Culture events.

The Chairperson of the Galway 2020 board has conceded that there is a "communication shortfall" in making the public aware about the manner in which the project is progressing.

Aideen McGinley said extensive work was being carried out and that the Capital of Culture designation would leave a lasting legacy for Galway city and county.

Ms Kiely told councillors that she would not answer any queries about any staff that had been employed by the company, due to data protection considerations.

She said she was open to meeting with elected representatives to brief them on the progress of the preparations in the coming months.

Ms Kiely said plans were "on target" and that Galway 2020 would deliver the European Capital of Culture accordingly.

The Chief Executive of Galway City Council has robustly defended the manner in which the 2020 plans were progressing.

Brendan McGrath said he could say with "cast iron certainty" that there would be no shortfalls and no excesses.

The total City Council contribution to the project will total €6m, while Galway County Council has provided €850,000 to date.

Mr McGrath accepted there had been some delays and that things were "a little behind schedule" but he said the best of Galway would be showcased throughout 2020. He said new and exciting appointments were imminent to replace the recently departed Creative Director, who he said had left the company amicably.

He also emphasised the tourist benefits that would accrue as a result of the designation. An extra million visitors are forecast to travel to Galway during the year with continual growth after that of up to 30% per annum in overall visitor numbers anticipated.

Mr McGrath said at its heart, the Capital of Culture designation was about animating and incubating the creative sector in the region, to ensure artists and cultural practitioners from the county could be world leaders. 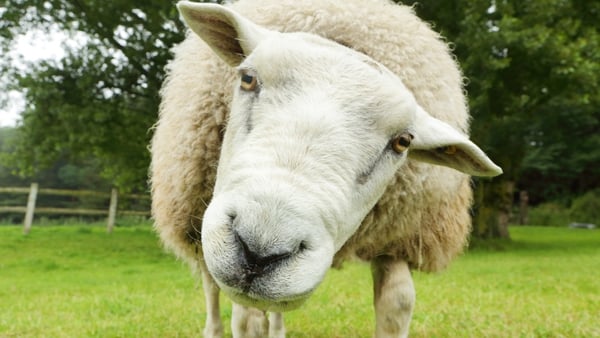 Ewe looking at me? All things sheep for Galway