A number of people were taken to Portiuncula Hospital as a precautionary measure following a multi vehicle collision near Ballinasloe, Co Galway.

It is understood that no one was seriously injured.

A number of gardaí and emergency services attended the scene of the collision. 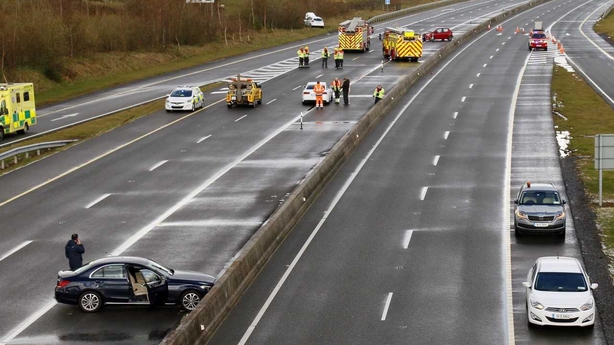 The collision, involving up to 12 vehicles, occurred on the Galway side of the M6 motorway at the Aughrim exit.

The Dublin to Galway motorway was closed in both directions between Junction 14, Ballinasloe East and Junction 15, Ballinasloe West, but has since reopened.