A fisherman in Co Mayo has made a one in a million catch, after he landed a white lobster in pots off Achill Island.

A genetic mismatch means the lobster is not the traditional dark blue colour.

The Marine Institute said such a specimen is extremely rare and very unusual to Irish waters.

The absence of a chemical compound called astaxanthin results in the crustacean having a white shell.

This pigment altering phenomenon occurs in less than one in every million cases.

The lobster was caught by local fisherman Charlie O'Malley earlier this week. 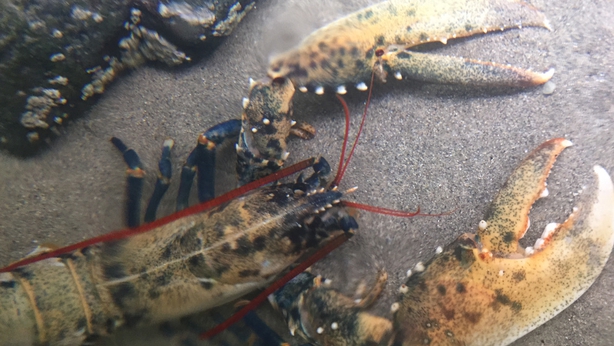 He said he knew immediately that he had made a rare discovery, given the striking difference to other lobsters he has caught in over 25 years at sea.

Mr O'Malley has given the lobster to the local aquarium on Achill Island, where it has gone on display.

The lobster is thought to be quite young and has taken to his new surroundings and efforts are under way to select a name.