Pupils at Ransboro National School in Sligo, where local people will cast their votes in the general election on Saturday, held their own election this afternoon.

The children went through the full process of casting their ballots and counting the votes to "elect" the TDs they want to see represent Sligo-Leitrim in the next Dáil.

The mock election gave the pupils an opportunity to experience how an election works in real life.

Teacher Damien Quinn said his sixth class pupils organised the "electoral register" of pupils and staff, distributed polling cards, acted as polling clerks in the polling station, gave out the ballot papers to the "voters" and counted the votes. 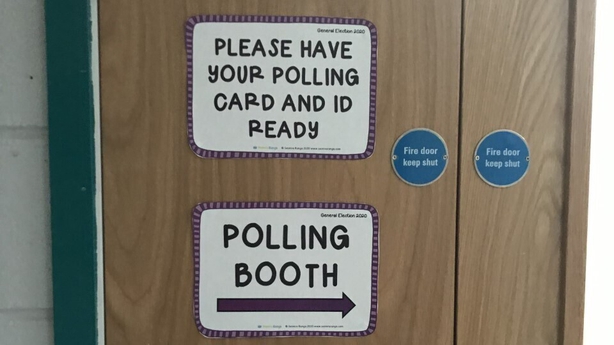 Pupils from junior infants to sixth class came to the school hall to cast their votes for the candidates of their choice using the actual list of candidates running in the Sligo-Leitrim constituency.

Principal Siobhán Clarke said that through the mock election pupils were learning about democracy, constitutional politics and the cut and thrust of an election.

They also learned about the system of Proportional Representation with a Single Transferable Vote.