"We are campaigning for change."

These were the opening words of the first press conference on the first day of this general election campaign.

The Fianna Fáil leader, Micheál Martin, had identified the overwhelming mood among the Irish electorate for something different, and honed his message accordingly.

In some ways, he was ahead of the curve. Change became the motif of this election. But the problem for Micheál Martin is that he is finding it hard to wear it well.

This is not, as his party might have expected, because of its past, but rather about its present.

Its candidates and activists knocking on doors around the country are finding that the party's association with Fine Gael in the confidence and supply deal has become their achilles heel.

Fianna Fáil entered in to the deal with Fine Gael following the inconclusive results of the 2016 general election. There was little in it for either of them except – as the saying goes about old age – it was better than the alternative – that being another general election which would change little, squander a lot of political capital and probably have left them with the same problem.

But it had its strategic benefits too for Fianna Fáil. It offered some breathing space to allow it to build on its gains made in that election, as it continued rebuilding.It also provided it with a chance to shake off criticism for its role in the government that oversaw the economic crash.

Mr Martin can also argue that confidence and supply was also done with the national interest in mind. Fianna Fáil stayed the course in order to provide stability during the Brexit process. 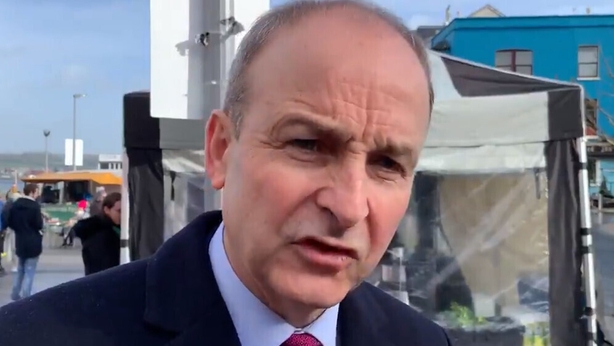 But in the ironic position it finds itself in now is that the agreement that helped them to banish the ghosts of its past, has tied it to something almost as unpopular with the electorate: the current administration.

The deal always carried the risk of what the party’s candidates are currently picking up on the doorsteps.As one TD said at the time it was being put together: "If you go in to save a drowning man, you could end up drowning yourself."

Now Fianna Fáil TDs are picking up on the doorsteps that their association with Fine Gael means not only that their message for change is failing for land, but that people see Sinn Féin as the real alternative.

They are also finding that there is little dividend from their argument that they supported Fine Gael because of the national interest during the Brexit process.

But the party also sees opportunity and despite being overtaken by Sinn Féin in the polls, believes that there is cause for hope as the campaign enters the home strait.

There is a view in the party that support for Sinn Féin has peaked and that there will be some claw back. If there is, then that, the theory goes, is far more likely go to Fianna Fáil than Fine Gael.

Fianna Fáil also sees a chance to target vulnerable Fine Gael seats in many constituencies helping it to pick up two – or in the odd case – three seats.

Speaking while canvassing in Dundrum in Dublin today, Mr Martin said he believes his party will do better than the polls suggest- as it did last time around. He said the poll findings would "energise even more" candidates and members on the ground over the coming days.

He also pointed out that Sinn Féin is not in a position to lead a Government because it is only running 42 candidates.In the final few days, the challenge for Mr Martin is to retake the mantle of change, to persuade enough undecided voters, or soft Sinn Féin voters, that he offers the only realistic chance of an alternative to the current government.

The party also has to convince voters that his party is different and separate to Fine Gael.As one TD put it, the message is that Fianna Fáil is "a safe pair of hands when it comes to the economy, but better at all the other stuff."

If he can do this, then Mr Martin will be put within touching distances of forming a government with what he has described as like minded parties of the centre left, most likely with a reciprocated confidence and supply deal from Fine Gael.

If he doesn’t, then his party might come to rue the very confidence and supply deal. 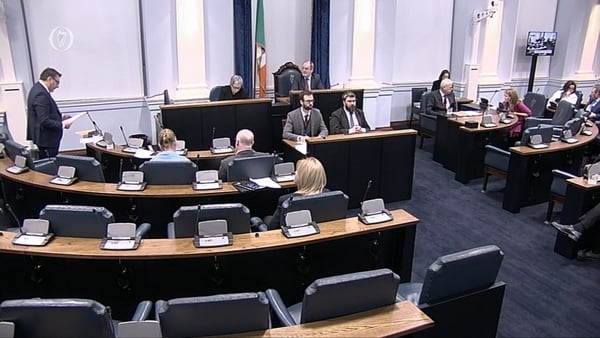