Building insulation specialist Kingspan has reported a 33% jump in sales for the first nine months of the year and said it was forecasting higher trade profits for the full year.

In a trading update for the nine months to the end of September, Kingspan said its revenues rose to €6.25 billion with sales growth of 17% in the third quarter.

The Co Cavan company said there is the lack of visibility beyond the next short period of months, adding that sentiment is cautious for the most part although not uniformly so.

But it noted that the sharp increases it had seen in raw material prices over the last 18 months appear to have peaked, at least for now.

"Certain key inputs are likely to reduce in price in the fourth quarter. The global backlog of orders has been reasonably stable over the past three months. The activity pipeline in data, technology, EV automotive and district heating applications are all notable positives," it said.

"There is still some way to go in 2022 with the seasonally important fourth quarter remaining and, accordingly, we expect to deliver a full year trading profit in the region of €830m, significantly ahead of the €755m recorded in 2021," it added.

In today's trading update, Kingspan said that Insulated Panels sales increased by 29% in the first nine months and by 13% in the third quarter.

It noted that global sales volumes in the third quarter were expectedly sluggish reflecting the slowdown in order placement flagged mid-year.

"Undoubtedly, a factor has been expectations around raw material pricing with some pick up in order placement post the summer period. We have been carrying higher levels of inventory than normal for much of the year and, as certain inputs have seen deflation more recently, this has had a short-term impact on margins as these materials sell through," the company said.

Meanwhile, Insulation sales in the first nine months were up 48% and up 20% in the third quarter.

Kingspan said the sales growth in the third quarter was price led due to input inflation with rigid board volumes soft overall with decreased residential activity a factor. 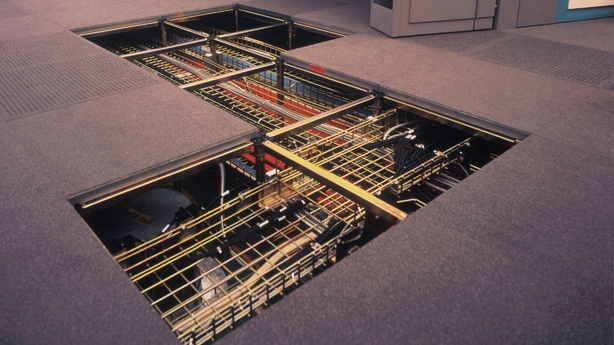 Sales in its Light + Air division were up 33% for the nine months to September and by 26% in the third quarter. Kingspan said that most end markets performed well reflecting the positive orderbook year on year and the division is on track to record margin progression for the year.

Its Roofing + Waterproofing had a "milestone" third quarter with the completion of the acquisition of Ondura Group in September.

Kingspan said the division now has annualised revenues of about €500m including the acquisition of Derbigum in June.

Meanwhile, Data + Flooring sales in the first nine months were up 32% and up 33% in the third quarter. Kingspan noted that data centre activity continues to drive performance and the pipeline of activity is encouraging as it heads towards 2023.

Finally, sales in its Water + Energy unit in the first nine months increased by 12% and up 5% in the third quarter.