Vodafone is in talks with CK Hutchison about merging their businesses in Britain to create a market leading mobile network that could accelerate the roll-out of 5G services and expand broadband availability.

Vodafone said today it would own 51% and Hutchison 49% under the deal being discussed, with the stakes achieved by adjusting ownership of debt rather than exchanging any cash.

"By combining our businesses, Vodafone UK and Three UK will gain the necessary scale to be able to accelerate the rollout of full 5G in the UK and expand broadband connectivity to rural communities and small businesses," Vodafone said.

The two companies hope to strike a deal by the end of the year, according to an earlier Sky report.

Vodafone chief executive Nick Read said in February the company was pursuing mergers in multiple European markets to improve returns where players barely cover the costs of the capital required to invest in networks.

Regulators have previously opposed deals that reduce the number of networks in major markets from four to three, but there have been signals that position has changed since the Covid-19 pandemic.

Hutchison attempted to buy Telefonica's O2 network in Britain seven years ago but was blocked by regulators. 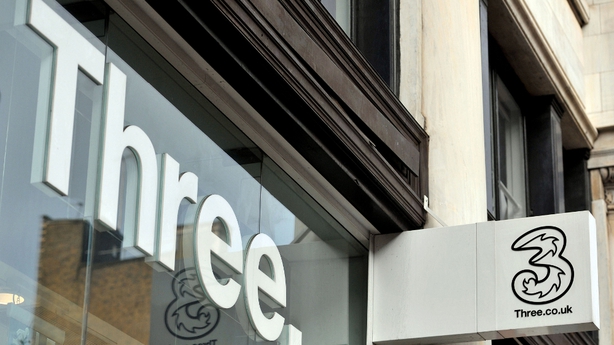 Vodafone noted in its statement that regulator Ofcom had described Vodafone UK and Three UK as sub-scale operators, which lacked the size to earn their cost of capital and therefore could fall further behind the two market leaders.

Read, under pressure from long-suffering investors to improve returns at the pan-European operator, had named Britain as one of four major markets that would benefit from consolidation.

Vodafone missed out on a deal in Spain, where rivals Orange and MasMovil are pursuing a merger to challenge Telefonica, while it rejected a offer for its business in Italy from Xavier Niel's Iliad earlier this year.

Niel acquired a 2.5% stake in Vodafone this month, bringing another possible activist to its register in addition to Cevian Capital.

Meanwhile, Vodafone also said today it had agreed to buy Portuguese rival Nowo from Spanish operator MasMovil as part of an expansion plan in the country.

Nowo is the fourth largest operator in Portugal with about 250,000 mobile phone clients and 140,000 clients for fixed telecom services, Vodafone said.

The deal is to be finalised in the first half of 2023, Vodafone said.

The transaction is worth about €150m, Spanish newspaper Expansion reported. An official at MasMovil said the estimate is accurate.

The deal is part of a wider consolidation process in the Iberian peninsula where MasMovil, owned by buyout funds KKR, Cinven and Providence, is in the process of merging with the local unit of French operator Orange to create the largest operator in Spain in terms of clients.