The week started in dramatic fashion with the pound plunging and the cost of British government debt jumping.

This came as markets digested the details of UK chancellor Kwasi Kwarteng’s £45 billion 'mini-budget’ – but it also reflected the growing unease markets have been feeling about the direction of Britain’s economy.

Even before the start of the energy crisis, Britain’s economy had been in a tricky situation.

Having focused on debt reduction for many years, British government borrowing spiked during the pandemic.

The cost of its furlough scheme, a test and trace system and the vaccine rollout saw gross government debt jump by £491 billion between the end of 2019 and the end of 2021.

Of course the pandemic forced many other countries to ramp up borrowing, however there have been greater concerns about Britain’s ability to reign that debt back in over time. That’s because the country has emerged from Covid restrictions at a far more sluggish pace than its peers.

On Friday the UK’s Office for National Statistics estimated that, by the end of June, the country’s GDP was still 0.2% lower than at the end of 2019 – before the pandemic began to have an impact. By comparison, the European Union’s GDP was 2.3% higher over the same period, while the economy in the US was 2.6% bigger.

Meanwhile inflation has hit the country harder than others; consumer prices in the UK rose by 9.9% in August, compared to an 9.1% increase in the euro zone and 8.3% in the US.

That was despite the aggressive stance of the Bank of England, which was at one stage predicting UK inflation could reach a high of 13% this year.

That has prompted it to rapidly increase interest rates in recent months. Its base rate went from 0.1% at the start of December 2021 to 1.75% by the start of August.

The aim of that dramatic shift is to make money more expensive for businesses and consumers, driving down the already slow level of economic activity.

A further 0.5 percentage point increase was announced this month – bringing the BoE rate to 2.25%. And the UK central bank has promising further action, even while it acknowledged that the UK economy could already be in a recession. 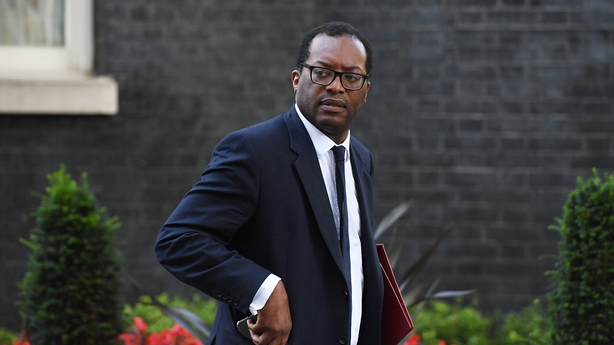 Following Liz Truss’ appointment as the UK’s new prime minister, her chancellor set about following through on some of the promises she had made in the Conservative Party leadership race.

That saw Kwasi Kwarteng last Friday detail a £45 billion package of measures – dubbed a ‘mini-budget’ – which aimed to reignite economic growth in the country.

Within the package were income tax cuts – including a removal of the top rate of tax – an effective corporation tax cut, increases to stamp duty exemptions and an end to the cap on bankers’ bonuses.

This was in addition to a price freeze on energy bills, which will see the UK government temporarily cover household and business energy usage over a certain amount. That measure alone is set to cost £60 billion over a six month period.

Despite the name, the UK’s ‘mini-budget’ represents a huge financial package – and an attempt to undertake a significant reorientation of the country’s economy.

However unlike regular budgets, this package came without any of the normal costing, forecasting or analysis that’s normally done by the independent Office for Budget Responsibility.

That means that is true cost and impact is unclear.

It is also reliant on government borrowing, meaning the country’s already inflated debt pile is about to get significantly bigger – at a time when investors had been hoping to see it begin to fall.

The fact that many of the tax cuts are permanent also means that the government may be reducing the ways it can raise revenue in the future – making it harder to reduce debt in the longer term.

But perhaps most significantly, it also appeared to set the UK government on a collision course with the UK’s central bank.

The Bank of England’s central goal is to bring inflation under control, which requires reigning it back to a rate of close to 2%. As its September meeting made clear, the authority is willing to sacrifice economic growth in order to achieve that goal.

However Liz Truss’ government has said its central goal is to expand the economy, with annual growth of 2.5% being targeted. But analysts fear that by putting more money into higher earners’ pockets, as many of the mini-budget’s measures do – they will simply add to the inflation problem. 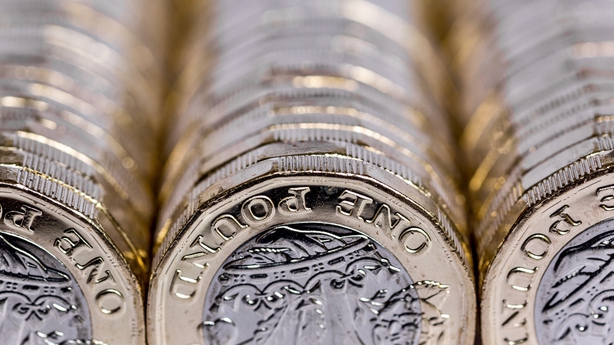 These mixed messages coming from the UK economy, coupled with concerns around the country’s ability to repay its ever-growing debt, led to a significant market reaction to the mini-budget.

On Monday, sterling fell to a record low of £1.03 against the dollar – compared to £1.12 at the time of Kwarteng's announcement.

The yield on British government debt also jumped – at one stage hitting 4.3% - indicating that investors were less confident about getting their money back than they had been before.

That meant that the extra borrowing planned by the UK government would suddenly cost them a lot more, too.

Monday’s turmoil even led to speculation that the Bank of England might announce an emergency rate rise – just days after it had already raised rates at its scheduled September meeting.

That didn’t materialise, but the bank did release a statement saying it was watching "very closely" and that it would "not hesitate" to raise rates further in order to achieve its inflation goal.

As a result some economists are forecasting that the BoE base interest rate could now sit in the 5-6% range by the spring - far higher than the 4% rate that had previously been predicted.

And that anticipated higher rate is down to its need to counter the inflationary impact of UK government policy.

The knock-on effect of that will be significantly higher loan repayments for many businesses and mortgage customers – but it also had an impact on the country’s lending market too.

That’s because the turmoil led to a spike in borrowing costs for UK finance firms, leaving many banks struggling to price some of their loan products.

As a result, more than 1,600 mortgage products were withdrawn from the UK market – narrowing options for consumers.

But while the jump in UK bond yields means higher borrowing costs down the line, it also had a very immediate impact on the country’s pension funds.

That’s because government debt represents a significant portion of their holdings, so the drop in value had a significant effect on their bottom line.

In some cases funds began to receive ‘margin calls’ – essentially a demand from an insurance broker that a fund finds more cash to cover the cost of a loss on an investment.

Doing this in a short space of time is extremely difficult and can lead funds to sell off the bonds themselves in order to free up money. This can lead to a so-called ‘doom loop’, as the large-scale sale of a bond pushes down its value, which in turn leads to larger margin calls, which in turn forces more sales.

It was a fear of this happening that finally led the Bank of England to act – with the announcement of a £65 billion bond-buying programme on Wednesday.

The move meant the central bank would once again buy UK government debt – having only just announced a plan to sell down some of the debt it had acquired during the pandemic.

The move helped to stabilise the bond price by effectively guarantee that there would be a buyer, which in turn brought some level of calm back to markets. The Bank of England’s bond-buying move made it clear that the central bank was willing to act in order to protect the financial markets.

That has allowed sterling to regain ground on both the dollar and the euro, meanwhile UK bond yields have eased somewhat.

And while Liz Truss has so far resisted calls - including one from the IMF - for a rethink in her approach, she and her chancellor have tried to calm the situation by promising more details on their economic plan on 23rd November.

That will also be accompanied by updated forecasts from the Office for Budget Responsibility.

But there are many hurdles facing the UK prime minister before then – starting with the Conservative Party conference over the coming days.

British consumers also face a very real increase in their outgoings in the short term.

A weaker sterling means commodities like fuel costs more, while the British Retail Consortium says grocery inflation in the country has jumped to 10.6%.

The chancellor’s November update will also come three weeks after the Bank of England holds another monetary policy meeting. Markets are currently predicting a 0.75 percentage point increase by then, which would bring its base rate to 3%.

That, combined with a reduction in the number of mortgage products being offered, means home loans will continue to get more expensive in the months ahead.

With the very real risk of a recession also looming, that could see a significant fall in demand for homes. Analysts at Credit Suisse have suggested that house prices there could drop by 10-15% next year.