Tesla plans to push global production of its top-selling Model Y and Model 3 electric vehicles sharply higher in the fourth quarter and build on that growth in 2023 as newer factories in Austin and Berlin ramp production, plans reviewed by Reuters show.

Tesla's production forecast, if achieved, would put the EV maker on track to meet Elon Musk's goal for production in the coming quarter.

It would also put the automaker close to the scale of German luxury automaker BMW by the end of 2023.

Musk and Tesla have a record of pointing to stretch targets the company has not always met. In April, for instance, Musk had said Tesla could hit 60% growth in deliveries. By July, the company had walked that target back to 50% for this year.

But its forecast, which covers the next four consecutive quarters, sets an ambitious target to produce almost 495,000 Model Y and Model 3s in the fourth quarter of this year. Those two models account for about 95% of Tesla's output.

The production plans would see Tesla blow past projected growth in the global market for autos by close to a factor of 10 in 2023 with a production increase of over 50% for the year.

Reuters confirmed the global output target for the Model Y and Model 3 with two people with knowledge of its projections. They spoke on condition they would not be named because the forecast is private.

Tesla's expansion has been expensive. In late May, Musk had said new factories in Texas and Germany were losing billions of dollars, comparing them to "gigantic money furnaces."

Tesla is expected to announce third-quarter deliveries and output as early as tomorrow. 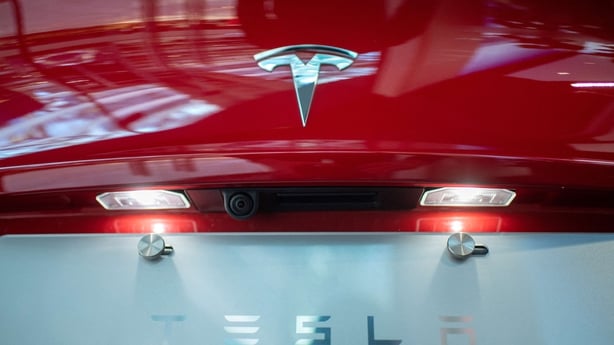 The figures are forecast to show the automaker bounced back sharply from the slowdown in the previous quarter when output in Shanghai had been hit by Covid-19 control measures.

If Tesla hits or exceeds those analyst forecasts and then makes the internal forecast seen by Reuters for the coming quarter, the company would have global sales of around 1.4 million vehicles in 2022.

Tesla's output and deliveries have been higher in the fourth quarter than other quarters of the year going back to 2018.

Its forecast production of 1.59 million Model Y and Model 3s during the first three quarters of next year, would put it on track to end 2023 with sales of over 2.1 million EVs.

Including gas-powered car sales, that would make it larger than Volkswagen's Audi brand and closing on BMW's sales of 2.5 million vehicles in 2021, the most recent full year of comparable sales.

Musk, Tesla's CEO and product architect, told analysts last quarter the company had a "good chance" of hitting a global production run rate of 40,000 vehicles a week by the end of 2022.

The internal forecast detailed to Reuters would assume Tesla can hit and maintain that production through the first quarter.

The forecast also hinges on a sharp gain in output in Tesla's newer factories in Austin, Texas, and Berlin. Production in Austin would jump to almost 101,000 by the end of the third quarter 2023.

Joerg Steinbach, the regional economy minister of Brandenburg, where Tesla has its factory near Berlin, has said Tesla would be moving to three shifts at the plant by the end of the year.

Sam Fiorani, vice president of global forecasting at AutoForecast Solutions (AFS), which tracks production, said it would not be a surprise to see big jumps in output for Tesla from plants in Austin and Berlin since those plants have been running below capacity. 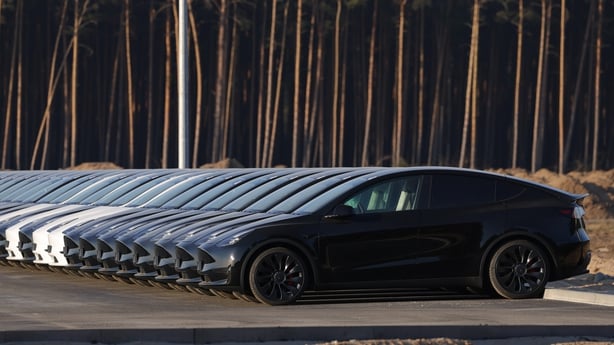 "Berlin and Austin are coming into their own next year and that's where a lot of this volume is coming from," he said.

But he said his baseline forecast did not put Tesla at over 2 million vehicles for 2023. "We don't have them at that level yet. It seems very optimistic," he said.

Fiorani added: "The industry as a whole is still struggling with supply chain issues."

The Tesla forecast also includes an assumption that production in Shanghai, a mega-factory that accounted for over half of its output in the first half of this year, will level off over the course of 2023.

Tesla recently upgraded the factory's capacity. Sources told Reuters earlier this week the plan was to run production at 20,500 vehicles a week for the remainder of the year.

The projected growth in Tesla's output also faces economic risks, an issue Musk himself has raised before.

In June, Musk had told Tesla executives he had a " super bad feeling " about the economy and was looking to cut staff.