Having once been the butt of the joke amongst gamers, microtransactions have grown into a multi-billion dollar industry.

Today, some of the most popular games in the world are built almost entirely on the model – as well as countless smartphone and tablet apps.

But they've proven controversial too, with critics saying they encourage bad habits among users – while also making it too easy to rack up big bills.

That's led to calls for tighter regulation – something that there is likely to be even more focus on as microtransactions move from digital to the real world.

What is a microtransaction?

As the name suggests, a microtransaction generally refers to a small fee that you pay for access to a feature or service, usually in something that you already own.

The concept first really took off in gaming.

Say you own a game, maybe one you got for free but possibly one that came with an upfront cost. Within that you’re offered a chance to pay a small fee for access to an in-game feature - like a weapon or an item of clothing for your character, or maybe even something that makes it a bit easier for you to progress.

There are examples of microtransactions going back to arcade games in the 1990s – but they really came into their own in the past 15 years as online gaming has taken off.

One of the earliest, and now legendary, examples was in in Elder Scrolls: Oblivion, which asked users for a few dollars for gold horse armour.

The item wasn’t any better than the other armour in the game, it was just gold.

There was uproar on the back of that, but it proved to be the precursor to something huge.

Since then microtransactions have become a huge industry – with most major games releases offering some kind of premium add-ons. In fact this year microtransactions alone are estimated to be worth somewhere approaching $40 billion.

They’re so big that some of the best-known games in the world today are built entirely on them.

Fortnite, for example, is free to play but last year it generated revenues of $5.8 billion for its owner, on the back of players trading real bucks for 'V-Bucks’ – an in-game currency that can be used to buy costumes and accessories for characters, as well as access to certain parts of the game.

And, of course, it’s not just gaming where you can find this model. It’s also spread to apps on smartphones and tablets, with many of the most popular apps in the world now cheap or free to download, with in-app purchases required to unlock their full features or remove their ads.

So even if you’re not into gaming, you’ve probably encountered some kind of microtransaction in recent years.

Why have they gotten a bit of a bad reputation? 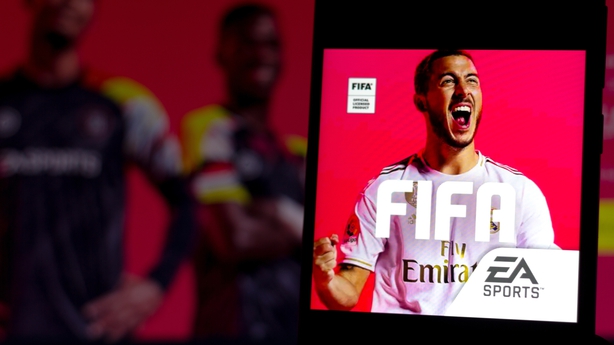 Gamers almost universally give out about microtransactions, even though they’re clearly forking out billions a year on them.

But the bigger problem has been the many people who have gotten a nasty shock when their credit card bill landed in, with hundreds or even thousands of euro in unexpected charges.

A recurring theme is that someone’s child is playing a game on their parent’s phone or tablet, they’re prompted to buy something and - because they know their parents’ PIN and the card details are already saved in the app store - they can make a purchase.

In some cases, the child might just know their parent’s card details by heart.

Either way, it can get out of hand very quickly.

Two years ago a six-year-old in Connecticut, USA spent $16,000 on microtransactions in a Sonic The Hedgehog game they were playing on their mother’s iPhone. At the time, Apple said it wasn’t able to refund her because she didn’t report the charges quickly enough.

But there’s been another criticism of microtransactions beyond how easily you can rack up a bill – particularly around the way that they tap into our impulse purchase mindset, getting people to pay for things that they don’t need, or would have previously gotten as part of the initial price.

And there’s been particular focus on so-called 'loot boxes’ – these are surprise in-game items where you don’t know what you’re paying for before you part with your cash.

Games companies argue that they’re just digital versions of the stickers or trading cards you’ve been able to buy in shops for many years – you hand over your money before you know if what’s inside is what you’re looking for.

But some argue that that it’s more akin to gambling.

Many countries have actually introduced regulations to try to restrict loot boxes, either by improving the odds, limiting how much people can spend on them or making them a less important part of a game. In The Netherlands there have even been moves to ban them completely.

Here in Ireland there’s currently no restriction on loot boxes, but there was a suggestion that the new Gambling Regulator could have some kind of oversight over the area when the new authority is properly established.

Though it’s not yet clear if that will be the case.

Are microtransactions an entirely digital thing? 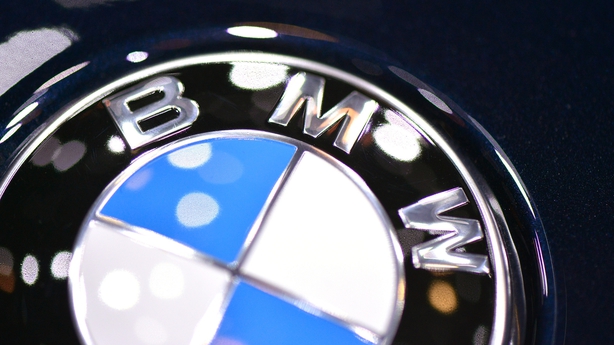 For the most part – but they are starting to leak into the real world.

Recently BMW announced it was introducing microtransaction on some of its cars, where drivers would pay a monthly fee to be able to use their heated seats, or heated steering wheels.

It’s $18 a month to be able to heat up your seats, for example, and $12 a month for a heated steering wheel.

So the feature is in the car, but you have to pay extra to use it?

Yes – and this is increasingly an approach car-makers are taking.

Rather than customising models to order, they can just churn out one type of car, and adjusts what the user can access based on what they’ve paid.

And that’s not actually a new concept. With Tesla, for example, some owners can pay extra to unlock faster acceleration, and even more range on the car’s battery.

The cars are capable of doing those things out of the factory, but it’s locked by software. That’s until you pay your fee, and the software is upgraded wirelessly, and then your car is magically better than it was before.

It’s a fairly big fee, well over €1,000, but once it’s paid for it’s yours. With the BMW model, users would be paying hundreds of euro a year for however long they own the car.

The car-marker got a lot of negative reaction to this concept when it was first announced, and they have tried to row back a little since then. But they’re not the only ones looking at this as a way of bringing in extra revenue.

In the US, General Motors says it expects to net between $20-25 billion in annual subscription revenue by 2030.

So is this ultimately about squeezing extra money out of customers? Pretty much – car-makers are facing a market where people are keeping their cars for longer – while some are turning away from cars altogether. Anything they can do to add in a reliable stream of money is going to be welcome to them.

And if your car is in any way new it may already be nudging you in that direction.

For example, a lot of modern cars offer in-car WiFi for an added fee – or maybe vehicle tracking to help in the event of theft.

The expectation is that the things being offered to you via subscription will slowly expand over time. And it won’t just apply to a handful of luxuries, but some of the things that would be considered fairly standard today.

Another change may also see the person buying a new car paying for a variety of features but, once they sell it on, all of that access is removed wirelessly, which is very easy to do even today.

That would mean the second or third-hand buyer has to fork out more if they want to have use of them again, which would be a nice way for car companies to be able to continue to profit off the cars they make long after they’ve left the factory.

Are microtransactions something we’re going to see in other parts of our lives?

And in a way there are already lots of microtransaction-type, real-world businesses out there – because subscription models are really the other side of the same coin.

And it’s not just music and video streaming that has adopted the subscription model – there are countless real-world products that you can pay for via subscription now too.

Today you can buy everything from contact lenses, toilet roll, pet food and even socks via subscription.

There are also a lot of companies doing real-world loot boxes, were you pay a monthly delivery of surprise items, often around a theme like beauty products, food or comic books.

Think of them as grown-up lucky dip bags.

So all of this is getting us used to the concept of paying maybe relatively small amounts of money, but on a regular basis, for the things we want or need.

Is that a bad thing? Well, not necessarily – because in certain instances a subscription model might actually work out cheaper than buying the items regularly. Or it might be more sustainable than buying in bulk and letting things go to waste.

Many are also designed to ensure you never run out of a particular product. So if it’s something you need a certain amount of each month, like contact lenses, it might make sense for you to have an automatic flow of them coming in your door.

But there are, of course, always risks with these kinds of things.

For a start people need to be sure that they’re not getting ripped off. This model could lead them to pay more for something just because it’s slightly more convenient to have it arriving automatically.

Or maybe it was good value when they signed up, but things change and suddenly they could find a cheaper version somewhere else.

And with those surprise loot boxes, people also need to be sure that the contents are at least worth what they’re paying a month for the service – or that they’re useful.

There’s no point in getting a box of goods that you never use, and maybe end up dumping half of.

The other thing to watch out for are the subscription traps that people can often find themselves in.

It’s usually very easy to sign up to these services, maybe there’s a nice introductory offer too, but it’s not always as easy to cancel when you decide you’ve had enough or you’re not getting value out of it.

And this is something that happens with big companies as well as small ones. People are given the run around trying to cancel their subscription, in the hope that they put it off or maybe give up altogether and just live with the monthly fee.

So when you are thinking of paying for these kinds of things – it may be worth checking out reviews, or investigate for yourself to see whether there’s a clear process for cancelling should you want to.

And microtransactions, by their nature, can be hard to spot on a bill. So it’s always a good idea to do a proper check of your bills every once in a while to make sure nothing is slipping through and costing you money.