Vacant homes will face a new tax in the next Budget, the Minister for Finance confirmed today.

Paschal Donohoe was speaking after new figures showed that just over 57,000, or 3%, of habitable properties eligible to pay the LPT are vacant.

The LPT will be used as a basis in the design of the new tax.

The minister said the aim of the tax was to maximise the use of existing homes and not to raise revenue.

He added that there would be exemptions for properties that are vacant for legitimate reasons.

These could include a home that was in probate or one that was "in between" lettings, he said.

Green Party TD and Chairperson of the Oireachtas Housing Committee Stephen Matthews said this tax can create the nudge required for property owners to refurbish, rent or sell.

He said this would lead to more vibrant towns and villages.

The latest figures from the Revenue Commissioners show that the majority of vacant properties - 61% - have been vacant for under a year.

Revenue said 22% of the owners said the properties were vacant due to ongoing refurbishment, while 20% said they were holiday homes.

More than one in ten of the vacant properties are in Dublin City, followed by almost 9% in Cork City, and over 7% in Co Kerry.

Carlow has the lowest vacancy rate at under 1%. 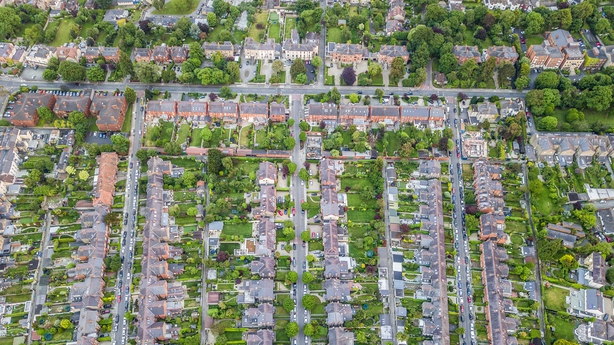 The national average is 3.2% of the total property stock, which means that almost one in every 30 properties is unoccupied.

The figures, which do not include derelict buildings, are contained in a report published this afternoon.

Revenue compiled information supplied by home owners who are on the Local Property Tax Register.

It noted that the findings have not been independently confirmed.

In total, as of last November, 57,206 properties were vacant. The property tax liability for these properties stands at €12.4 million.

Minister Donohoe said that the figures show that vacancy is "within a normal range".

A Department of Finance statement said that the figures will be used "to assess the merits and impact of introducing a Vacant Property Tax".

The rates "are low across all counties," and are consistent with "a functioning housing market", it said.

"The reasons given for vacancy are genuine", the statement continued, noting that they include "where a property is for sale" or "the owner is in long term care".

"Addressing vacancy and dereliction, and maximising the use of the existing housing stock, is a priority objective of the Government," Minister Donohoe said.