SoftBank Group has shelved the sale of Arm to US chipmaker Nvidia Corporation due to regulatory hurdles, the two companies said today.

Arm today also named a new CEO who it said would help the British firm seek a public listing before March 2023.

The cash-and-stock deal was announced in 2020 and would have been worth as much as $80 billion.

But the US Federal Trade Commission sued to block it in December, arguing that competition in the nascent markets for chips in self-driving cars and a new category of networking chips could be hurt if Nvidia carried out the purchase.

The buyout also faced scrutiny in Britain and the European Union amid concerns that it could push up prices and reduce choice and innovation.

It had yet to receive approval in China, which has previously withheld approval of cross-border chip acquisitions.

The sale would have marked an early exit from Arm for SoftBank, which acquired it for $32 billion, and the collapse of the deal marks a major setback to the Japanese conglomerate's efforts to generate funds at time when valuations across its portfolio are under pressure.

Arm said in a separate statement that had appointed Rene Haas as its chief executive officer and member of the board, effective immediately.

A chip industry veteran, Haas joined Arm in 2013 and before that worked seven years at Nvidia.

"Rene is the right leader to accelerate Arm's growth as the company looks to re-enter the public markets," SoftBank CEO Masayoshi Son said in the statement from Arm.

SoftBank said that Arm's net sales surged 40% to $2 billion in the nine months to December from the same time the previous year.

An Arm acquisition would have put Nvidia into even more intense competition with rivals in the data centre chip market such as Intel and Advanced Micro Devices.

Arm licenses its architecture and technology to customers such as Qualcomm, Apple and Samsung Electronics that design chips for devices from mobile phones to computers.

Nvidia has become the most valuable US chip company on the strength of its graphic processor chips. Although still seen as crucial for gaming, graphic processors have become much more widely used for artificial intelligence and other advanced fields. 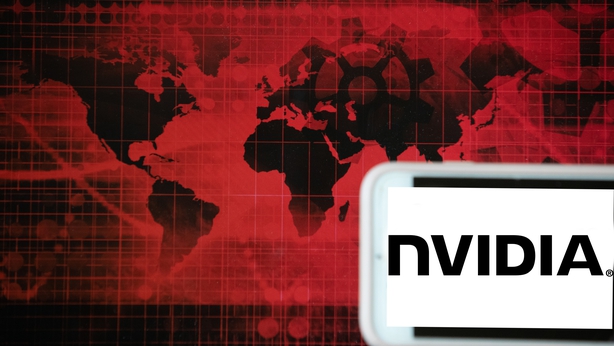 Nvidia said in a statement that it would retain its 20-year Arm license.

The Japanese investment giant said it would recognise $1.25 billion breakup fee that Nvidia had deposited as a profit in the fourth quarter.