Vodafone has been fined €13,000 for delays in transferring landline numbers and unlocking mobile phones for customers.

The Commission for Communications Regulation (ComReg) prosecuted the broadband and phone service provider after looking into customer complaints in 2020 and earlier this year.

It also agreed to pay an additional €20,000 towards ComReg's costs.

Barrister Shelley Horan told Judge Anthony Halpin that the first batch of charges was for delays encountered by new customers who transferred to Vodafone’s landline service but wanted to keep their original numbers.

She told the court the second set of charges related to hold-ups in providing unique handset unlocking codes to customers who needed them to switch to another provider.

ComReg billing specialist David Murphy told the court that "porting" or transferring a landline number to a new service provider should take one working day.

The sample charges were a subset taken from a significant number of complaints by frustrated customers.

He said a woman, who had switched to Vodafone in late August 2020, had a panic button that required a landline.

Despite being still billed, she had no service for three months, and she was "isolated" during the Covid lockdown.

Another customer complained to ComReg after 25 attempts to get Vodafone to resolve the problem.

After three months, he moved back to his previous service provider but was still billed €500 by Vodafone.

However, he got a refund later.

It took another new customer with underlying health conditions two months to have his phone service with his original number working.

He depended on his landline because he lived in an area with a poor mobile signal.

Similar issues arose in the remaining two cases about transferring landline numbers to Vodafone, and one of the complainants suffered business interruption.

There were two sample counts.

She explained that these unique codes were necessary to switch and make their phones work on a new network.

ComReg believed it caused some of them to abandon the process or change their minds.

Vodafone assured customers it would take no more than 20 days as in some cases they needed to contact handset manufacturers to get codes.

On average, it took 45 days, and customers felt "ignored in the process". 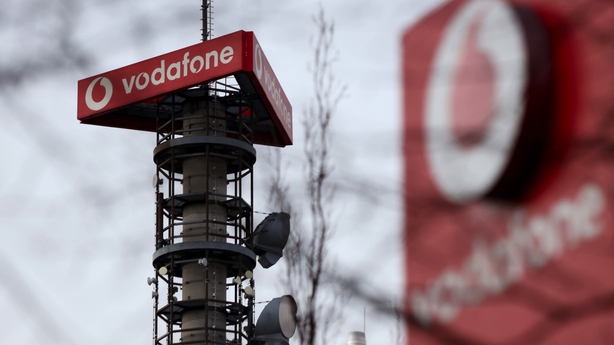 Vodafone had a record of previous offences in four prosecutions by ComReg and five brought by the Data Protection Commissioner.

Defence solicitor Michael Twomey asked the court to note complaints about both types of issues dropped by about 70% in the last year.

He said the company, which had two million customers, had improved its processes, co-operated with the investigation, and contributed to costs.

Judge Halpin described the offences as serious and rejected the defence plea to apply the Probation of Offenders Act.