Ryanair is willing to wait years for Boeing to drop its prices before placing a big new plane order with the US company, group chief executive Michael O'Leary told Reuters today.

The Ryanair boss also downplayed the chance of a deal with rival Airbus.

The airline, one of Boeing's biggest customers, said on Monday it had ended talks over a new order of 737 MAX 10 jets worth tens of billions of dollars after the budget carrier said the prices on offer were too high.

"We at Ryanair have always had the discipline to wait out the cycle," he stated.

Europe's largest budget carrier is already the region's largest MAX customer with 210 of the 197-seat MAX 8-200 on order.

But Michael O'Leary said there had been a "fundamental breakdown" in talks due to the fact that Boeing believed the Covid-19 crisis was effectively over while Ryanair believed the US giant still badly needed an order.

"Boeing are looking for a price increase while many of their customers are moving to Airbus," Mr O'Leary said.

"We take the view we are still in a period of great crisis. Boeing take the view that now the world is fine and it's all recovered and its latest pricing offer reflects that," he said.

Boeing on Monday said it valued Ryanair's business, but said it had to exercise discipline and make decisions that made sense.

The US giant appears to believe the market is finally moving in its direction after winning a series of orders, including 150 MAX 10 from United Airlines and outselling Airbus on narrow-body jets this year.

Boeing has sold 524 Boeing 737 MAX this year as of the end of July, compared with Airbus's January to August tally of 234 A320-family jets. 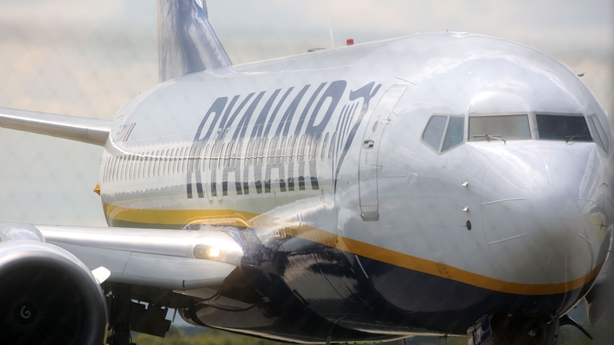 The rare decision to go public over big-ticket plane negotiations comes after months of wrangling that had already delayed a deal for the largest version of the 737 MAX.

A large new Ryanair order would have provided a boost to the US planemaker as it rebuilds confidence in the MAX, an aircraft which was grounded for 20 months until November after two fatal crashes.

It would also speed a tentative industry recovery from the Covid-19 pandemic.

"The talks can always be restarted, but only when Boeing realise they need to price competitively," Michael O'Leary said.

Asked if Ryanair might consider Airbus in the medium term, Mr O'Leary said it might, but that Boeing's European rival did not currently have a competitively priced short-haul aircraft either.

Playing Boeing against Airbus to secure lower prices is doomed to failure as a strategy, he said.

"Basically its a duopoly," he said. "You don't get leverage by holding discussions with one or the other."

Michael O'Leary said he was not concerned that the breakdown in talks would leave him with too few planes when his current order is completed in 2025 as Ryanair already had more aircraft on order than any of its competitors.

Britain is lagging the aviation recovery in the rest of Europe due to confusing Covid-19 restrictions and its airports will struggle in the coming winter, Ryanair executives have said.

"It's going to be a difficult winter for us - we’re stimulating (passenger numbers) with lower fares," he added.

While it would not be difficult to reach high passenger volumes over Christmas in Europe, British airports would likely struggle over the period, Ryanair Group CEO Michael O'Leary told reporters in a separate event in Rome today.

"Places like Heathrow and Gatwick are struggling with Brexit border controls and COVID," Michael O'Leary noted.

Both executives referenced travel debacles this summer when the UK abruptly changed the risk classifications of destinations thousands of Britons were holidaying in, causing frustration and anger amongst tourists forced to book expensive diagnostic tests and undergo lengthy quarantines.