Dalata Hotel Group, which owns the Maldron and Clayton hotel chains, has reported a narrowing of losses for the six months to the end of June as the hotel sector reopens after Covid-19 restrictions.

The country's biggest hotel group said its half year loss before tax came to €37.8m, down over 46% compared to the loss of €70.9m reported the same time last year.

Dalata said it was seeing increasing demand for staycations since hotels fully re-opened for leisure in May in the UK and in June in Ireland.

It reported a group occupancy rate of of 44% in June but said this increased to 58% in July and 68% in August.

Dalata opened a new Maldron Hotel Glasgow City in August and said plans to open a further six hotels in Bristol, Manchester, Glasgow and Dublin by May 2022 are on track.

Looking ahead, Dalata said that while the emergence of new variants remains a threat, the progress being made on the rollout of vaccines across Europe and globally is very encouraging.

But the hotel group said the outlook for the near term remains uncertain at present.

"A strong recovery in domestic leisure is underway and we expect domestic corporate business to further recover this month given the progressive easing of restrictions," it said.

The Dalata Board has appointed Dermot Crowley to succeed Pat McCann as CEO on October 31 after what it called "a rigorous selection process".

It said that Mr Crowley has played a key role in the development of the business since 2012 and is committed to continuing to grow the business and protecting and enhancing the Dalata culture.

Pat McCann, Dalata Hotel Group CEO, said today that as a sense of normality returns to society, the demand for domestic leisure has increased across Ireland and the UK. "Our people have skilfully managed the re-opening and are once again providing our guests with an exceptional experience," the CEO said.

Dermot Crowley, Dalata Hotel Group CEO Designate, said the Irish and UK governments have provided tremendous supports to the hospitality industry over the last 18 months which have greatly helped the company in weathering the Covid-19 crisis and protecting employment.

"As the hospitality industry begins to recover and these supports unwind, it is important to bear in mind that it will take some time for the industry to fully recover," he said.

"One key support has been the reduced VAT rate of 9% in Ireland which should be extended further to support the industry and the large number of jobs that depend on it," he added.

Dalata said its Dublin hotels continued to be impacted by the Covid-19 pandemic restrictions with demand limited to essential services for the majority of the six month period. 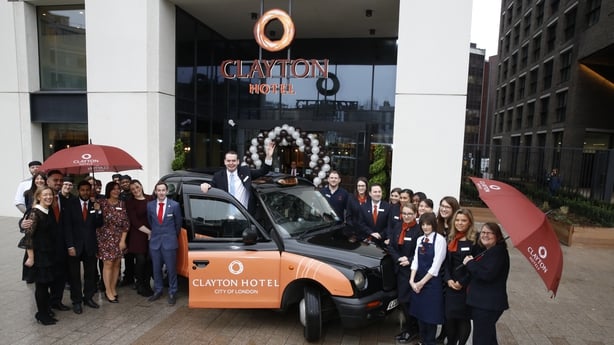 It said the division experienced challenging trading conditions as the hotels only remained open for essential business for most of the period in line with government restrictions, which resulted in reduced occupancies. RevPAR declined by 16.5% to €21.65 from H1 2020 and 67% from H1 2019.

Meanwhile, trading at its UK hotel portfolio was also curtailed by government restrictions leading to a reduction in both occupancy and average room rate with RevPAR down 39.7% to £15.54 from H1 2020 and 76.7% from H1 2019.