Samsung has unveiled a new laptop range designed to challenge Apple's MacBook line-up, with one expert saying the firm is "parking its tanks" on Apple's lawn.

Each of the three computers will be available in a range of specifications, with prices ranging from €769 for the entry-level Galaxy Book, up to €1,759 for the top-end version of the Pro 360.

Both the Pro and Pro 360 will come in two screen size options - 13.6in and 15.6in - and all three will have high-end Super Amoled displays and premium Intel processors, and will run Windows 10. 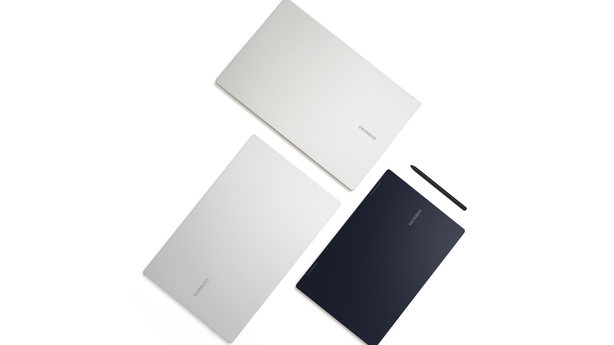 Samsung UK and Ireland's vice president of sales, James Kitto, said the company wanted to address issues that exist with current laptops on the market.

"With the Galaxy Book Series – we have addressed some of the wider industry pain points associated with computers – including connectivity, battery and file sharing to give a truly mobile-first experience" said James Kitto, Vice-President of Sales, Samsung UK and Ireland.

"Connecting seamlessly with our Samsung Galaxy ecosystem, we believe the Samsung Galaxy Book Series will future-proof our customers as the UK gradually opens up – providing power, connectivity and portability in the new era of how we work and play".

Ru Bhikha, tech expert at Uswitch.com, said the new devices are a bold statement for the Korean firm.

"Only a week after Apple's first event of the year, Samsung is 'parking its tanks' on the iPhone-maker's lawns with this latest Galaxy launch," he said.

"The Galaxy Book Pro 360 - the moniker of choice for all tech companies' laptops - is a hybrid computer that combines the best of tablet functionality with the power of a laptop.

"Its Windows 10 Home operating system will provide familiarity to laptop users, which should help attract customers - particularly those who are already invested in the Samsung eco-system.

Samsung's stylus, the S Pen, is also compatible with the Book Pro 360.

"With laptop-worthy power and the strength of the Samsung brand, the Galaxy Book Pro series has the potential to be a game-changer in the market, and it will be interesting to see how it sets about winning customers from the likes of Lenovo, HP and Dell," Mr Bhikha said.