Permission for 732 apartments in blocks up to 19 storeys high has been granted for the Player Wills site on Dublin's South Circular Road.

The developer - international real estate company Hines - welcomed the decision saying it will provide much needed housing and community amenities.

The development will include 240 co-living units on the old Player Wills factory site as part of a planning application made before a Government ban on such developments.

In its decision An Bord Pleanála pointed out that the co-living units to be built in the old Player Will factory building will be twice the minimum size. 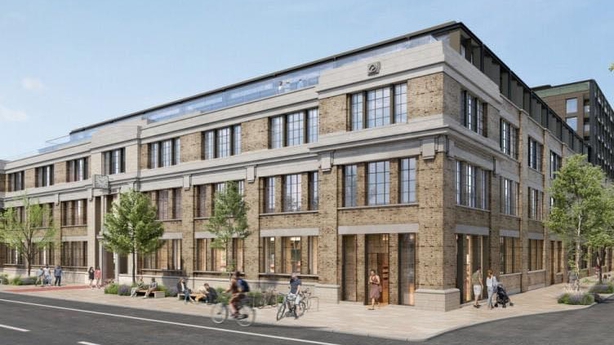 Local residents say they are "deeply disappointed" at the grant of permission and criticised the lack of transparency in the Strategic Housing Development process which allows large scale planning applications to bypass local authorities and go straight to An Bord Pleanála.

The height of the tower would contravene the Dublin City Council Development Plan but in granting permission the board pointed to the 2018 Apartment Guidelines which allows this. 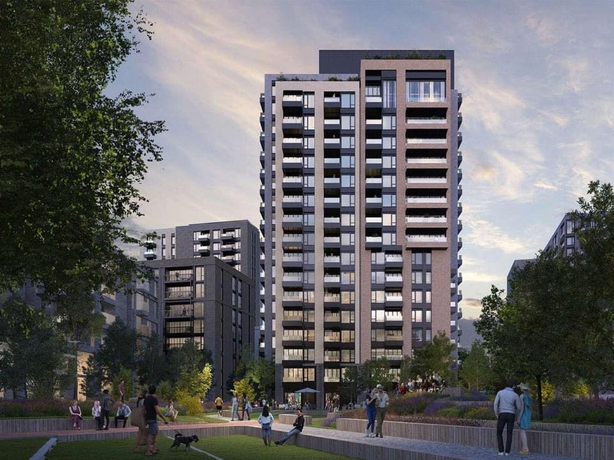 The board also said the size and density of the development complies with the National Planning Framework which stipulates that 50% of residential development should be within urban areas.

The Player Wills site is adjacent to the Bailey Gibson site where Hines has already secured planning permission for 416 residential units.

The whole site is nine times the size of Croke Park and when combined with the regeneration of St Teresa's Gardens and Phase 3 of the Hines development it will involve around 2,300 new homes with three towers around the size of Liberty Hall to the centre of the development. 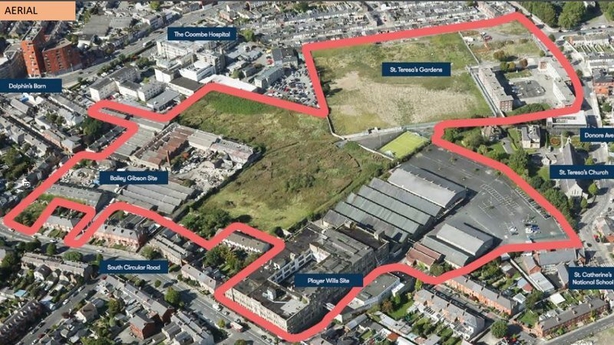 Local residents have already taken High Court action over the Bailey Gibson development for which a judgement is due in coming weeks.

Joe Clarke spokesperson for Dublin 8 Residents Association pointed out that the board had delayed its judgement in the Player Wills case because of "discrepancies" in the original inspector's report and said residents will be considering further court action.

"There is a huge lack of transparency in relation to this process that is allowing developer-led schemes to go ahead without any regard to inputs from the local community or elected representatives. This application seems to have been waved through".

However Hines says the development will mean two new large parks for the area.

There will also be 852 square metres for arts, cultural and community space including exhibition space and artist studios in the old Player Wills factory.

He said that Hines and partners APG "are delighted to be in a position to be able to deliver much needed residential accommodation and extensive new amenity, community and outdoor recreational spaces which will benefit all residents across this development as well as the wider neighbourhood of Dublin 8".

Hines is expected to make a planning application for Phase 3 which will involve building a further 403 apartments and facilities including a full size football pitch following a land deal with the city council.