A remote rural location in Kerry is being targeted by tech billionaire Elon Musk to place antennas to the stars.

The pilot project is likely to roll out in just weeks in a valley in the MacGillycuddy's Reeks near Killarney.

Mr Musk, the founder of SpaceX and electric carmaker Tesla, is deploying "showers" of satellites into space to provide cheap and fast broadband connection for remote rural locations.

However, sources have confirmed Mr Musk's small antennae are likely to operate from the remote Black Valley, which is 32km from Killarney.

A community broadband project announced at the local school last year had to be ring-fenced for school purposes only.

The new pilot link for the valley is likely - at least initially - to involve just a single household, it is understood.

Almost one third of all Kerry premises have no access to high-speed broadband, a meeting of Kerry County Council was told last week.

Even areas close to major town have patchy connections and many houses are paying for two or more providers for internet and mobile signals.

The Government will invest €106m in building NBP in Co Kerry, he said. 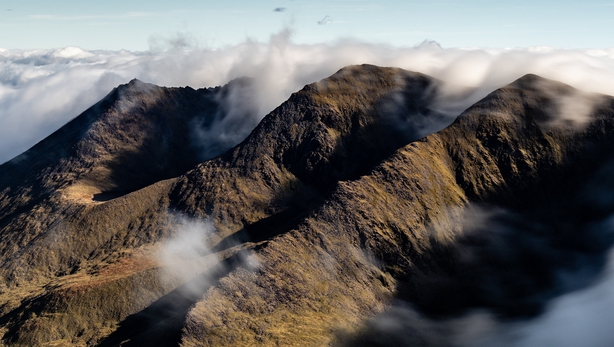 However, Councillor Michael Cahill said the time frame was too long and the roll out of broadband has been a nightmare for the citizens of Kerry.

"I have been questioning this for some time now and the situation does not appear to be improving," Mr Cahill said.

"And all of this has become even more disastrous by the requirement for home schooling during Covid-19 restrictions and the lack of facilities for our students," he added.

Home working was also being affected by the poor broadband.

It is understood that Mr Musk's corporation approached the Department of Rural and Community Development late last year, facilitating direct negotiations between Starlink and Kerry Council.

The extremely strict non-disclosure agreement by Mr Musk's company does not allow the Council to speak publicly about the plans.

However, council officials are mindful that concerns about against the new technology may be raised in Kerry where fears about satellites and other technology are frequently raised.

Just last year Councillor Norma Foley, now Minister for Education, led calls for "an independent review of all facts prior to 5G being permitted in Kerry".

Ms Foley said she had been approached by people "the length and breadth of Kerry" and the key issue was "intensification" where thousands of tiny antennae would be in use.

At least one French village has already rejected the tech billionaire's approaches.

The council in the small village of Saint-Senier-de-Beuvron, near Mont Saint-Michel, said "non" to Mr Musk amid what they said was a precaution amid lack of clarity about the new technology.