The deal for Arcadia's prized brands, which will be fully funded from cash reserves, does not include its 70 stores, putting thousands of jobs at risk and underlining the transfer of power towards online retailers.

Green's Arcadia empire fell into administration in November owing creditors hundreds of millions of pounds and threatening more than 13,000 jobs.

Its collapse was the biggest corporate failure of the Covid-19 pandemic so far.

"The acquisition of these iconic British brands is a hugely exciting moment for ASOS and our customers and will help accelerate our multi-brand platform strategy," ASOS chief executive Nick Beighton said.

"We have been central to driving their recent growth online and, under our ownership, we will develop them further," he added.

While the internet has been reshaping the retail landscape and the clothing sector for more than a decade, multiple lockdowns to stem the spread of Covid-19 have accelerated the move to home shopping.

On Friday, ASOS's rival Boohoo said it had entered into exclusive talks with Arcadia's administrators, Deloitte, over the purchase of the Dorothy Perkins, Wallis and Burton brands.

If a deal is struck there it would complete the break-up of Green's empire.

Established in 2000, ASOS has grown quickly. Its shares closed Friday at 4,735 pence, valuing the business at £4.47 billion. 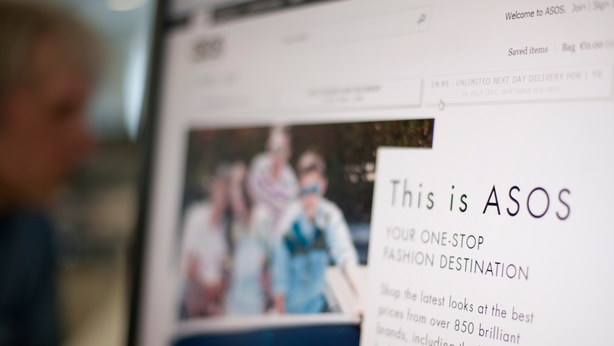 ASOS has also bought £30m of stock, while about 300 Arcadia employees across design, buying and retail partnerships will transfer to the group.

It said incremental core earnings from the deal in its 2020-21 year would be offset by initial ramp-up costs.

There would also be additional one-off restructuring and transaction costs of about £20m.

Last week the Mandate union says 490 retail workers formerly employed in the Arcadia Group's Irish outlets, including Topshop, are to be made permanently redundant.

The Irish operation of the Arcadia Group - whose other brands include Topman, Dorothy Perkins, Burton, Miss Selfridge, Evans and Wallis - went into liquidation in November, after its UK parent group went into administration.

The collapse was blamed on both the pandemic and a progressive shift towards online retail.