Around 350,000 Government employees are set to receive general pay increases of 2% over the lifetime of the new two-year public service agreement, with the potential of a further 1% under new sectoral bargaining arrangements.

Under the two-year deal entitled "Building Momentum - A New Public Service Agreement 2021-2022", Government employees will also see a return to 2013 overtime and premium payment rates and a mechanism for the eventual return of additional unpaid hours imposed under the Haddington Road Agreement.

It will succeed the current Public Service Stability Agreement which expires on 31 December, but must be ratified by unions.

The document confirms that workers will get a general round increase worth 1% of gross pay or €500 per year, whichever is the greater, on 1 October 2021.

This means that those on lower incomes will receive a larger percentage increase than higher paid staff.

A second similar increase will be payable a year later on 1 October 2022.

The deal also provides for the equivalent of a 1% increase in annualised salaries through a Sectoral Bargaining Fund on 1 February 2022.

This fund will initially be worth 1% of basic pensionable pay during the lifetime of the new agreement.

It is intended to deal with outstanding adjudications, recommendations, awards and claims, with the option for groups to use the available allocation as a sectoral pay round.

However, to avail of the Sectoral Bargaining Fund, unions must maintain industrial peace and comply with a new dispute resolution process.

The deal also contains proposals for reform through technology and work practice changes, including enabling temporary reassignments where necessary, and increasing staff movement across the entire public service.

There is also provision for an implementation plan and reporting plan to verify delivery of agreed reforms, including through sectoral action plans.

On reform, the parties pledge "to harness this momentum to meet the immediate challenges of 2021 and 2022 including the continuing response to Covid-19, a return to normal delivery of health services, ensuring that schools remain open and addressing challenges that arose for children during the crisis, managing the response to Brexit, establishing the public service as the driver of best practice on remote working, and addressing digitisation".

Certain issues outstanding from austerity era cuts in the 2013 Haddington Road Agreement are to be "addressed and implemented", including the additional unpaid hours imposed under the HRA. 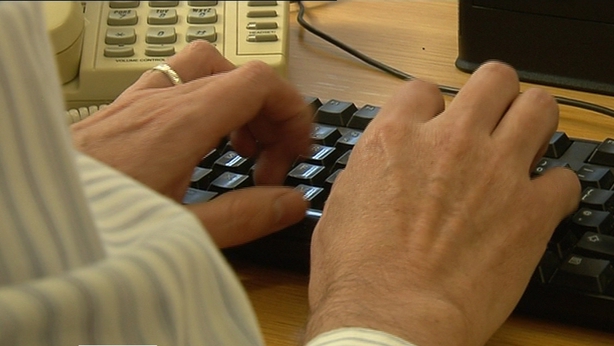 An independent body is to be established by the end of March 2021 to make recommendations to begin the process of returning to pre-Haddington Road hours, with €150m available to commence implementation of the outcome during 2022.

The agreement also provides for a successor agreement to engage on the roll-out of additional recommendations.

The thorny issue of pay inequality for teachers recruited since January 2011 will be addressed by moving them from point 11 to point 13 of their pay scale, or by moving them up one additional point.

Overtime and premium payments are being restored to pre-2013 levels.

On outsourcing, the agreement retains existing safeguards on any proposed outsourcing of public service provision.

In a statement, the Public Services Committee of the Irish Congress of Trade Unions said that the new agreement represents "a positive short-term package, negotiated against a difficult background, to build on the momentum of recent pay restoration and public service flexibility and service quality".

Each of the public service unions affiliated to ICTU, which represents over 90% of public servants, will now give the proposals detailed consideration before putting the package to their members.

Non-affiliated representative bodies for gardaí and Defence Forces, along with the Psychiatric Nurses Association, the Irish Hospital Consultants Association and the Irish Dentists Association have been negotiating through a separate strand.