KBC Bank Ireland has been criticised by the Labour Court for refusing to attend hearings aimed at addressing issues around redundancy plans at the organisation.

The dispute arose last September when KBC announced it was closing four branches or "hubs" in Dundrum in Dublin, Greystones in Wicklow and Naas in Co Kildare.

Its branch on Swords Main Street is also re-locating to the nearby Pavilions Shopping Centre.

At the time, the bank said it had seen a change to customers' banking behaviour with an accelerated trend towards digital banking, which necessitated changes to the hub network.

The Financial Services Union said 50 people are directly impacted by the closures, with up to 20 redundancies being considered.

In the recommendation written by Labour Court Chair Kevin Foley, he noted that KBC chose not to attend the hearing "as is their right" but had provided the court with a written statement which it had noted carefully.

However, he pointed out that the court was unable to engage with the employer to clarify or discuss any element of the matters addressed in it.

"The Court considers it to be regrettable that workers in membership of the trade union are not facilitated to engage as they desire with their employer through that union at a time when the future of their employment is under threat," Mr Foley wrote.

The Labour Court urged KBC to consider all possible means of reducing the possibility of compulsory redundancy, including the potential role of remote working as a strategy in respect of some roles.

"That consideration should be informed by the learnings gathered in recent months as a result of the global pandemic," Mr Foley said.

He also highlighted a potential role for "employee led" swaps with "operational functionality" to enhance the possibility of achieving voluntary redundancies. 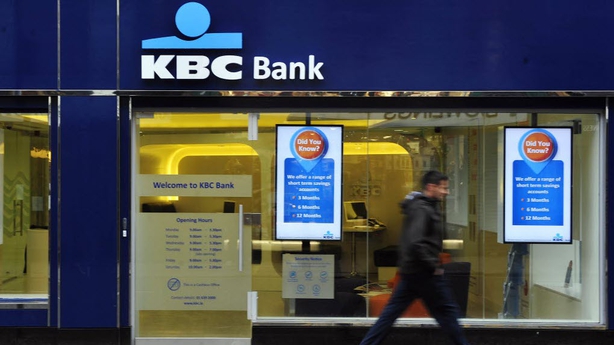 He cited union claims that such a mechanism has operated constructively in the sector on previous occasions, but cautioned: " Any such mechanism should be founded on the operational suitability of the staff involved in terms of the role they might swap into."

The Court urged the parties to engage constructively to address matters raised by the workers through their union, and commit to utilising the state's dispute resolution framework as necessary.

The FSU, which had referred the matter to the Workplace Relations Commission and the Labour Court, welcomed the recommendation.

FSU Head of Campaigns and Industrial Relations Gareth Murphy described it as "a complete vindication of the rights of the workers in KBC ."

He appealed to KBC to accept the Labour Court recommendation, saying the union remains available to meet the bank at any time to work through possible solutions.

KBC Bank Ireland is a unit of the Belgian bank and insurance company KBC Group.

In a statement today, the bank said it has a range of internal mechanisms in place for engaging with its employees, including its Employee Council, which directly engages with employees on matters affecting their employment.

"At all times, KBC Bank Ireland seeks to minimise the impact of change on our employees who continue to show their dedication and commitment every day, ensuring we continue to deliver for our customers," it stated.

The bank also said that its hub model is different to the traditional bank branch, adding that hubs are cashless and are spaces where a customer can come to discuss more complex banking needs.

In September, KBC announced changes to its Hub Network. It said these changes were made to reflect the changing needs of customers.

"KBC merged and expanded a number of locations and extended opening hours in some locations for customers. KBC have sought to minimise impact to employees, redeploying staff to expanded locations and creating new roles where possible," the bank added.

Earlier this week, the bank announced a €41m net loss for the year to date, largely due to the Covid-19-related provision it took in the first half of the year.