Amazon.com has tonight posted the biggest profit in its 26-year history as online sales and its lucrative business supporting third-party merchants surged during the coronavirus pandemic.

While rival brick-and-mortar retailers have had to shut stores during government-imposed lockdowns, Amazon hired 175,000 people in recent months and saw demand for its services soar.

Earlier this week Amazon said it would create another 1,000 permanent jobs in Ireland over the next two years, bringing its total permanent workforce here to 5,000 people.

The company said tonight that its revenue jumped 40% from a year earlier to $88.9 billion.

Amazon had forecast it might lose money in the just-ended second quarter because it expected to spend some $4 billion on protective equipment for staff and other expenses related to Covid-19. It did just that - and still earned $5.2 billion - double its net income from last year.

Jeff Bezos, who founded the company in July 1994 and is the world's richest person, said in a statement, "This was another highly unusual quarter."

Amazon's shares have risen by more than 60% this year, adding to the wealth of Bezos, its biggest stockholder.

Analysts said that Amazon's business model sets it up "to expand its e-commerce dominance even more broadly as the global Covid-19 pandemic continues to flare."

The company said its online store sales jumped 48% to $45.9 billion in the second quarter.

Meanwhile, merchants paid Amazon more to fulfill and sponsor their products in order to reach the company's loyal customers.

That resulted in a 52% and 41% jump in seller services revenue and other revenue such as from ads, respectively.

Revenue from Amazon Web Services (AWS), which sells data storage and computing power in the cloud, rose nearly 29% to $10.81 billion.

Still, that fell just short of analysts' estimates of $10.95 billion, according to IBES data from Refinitiv. The cloud business of rival Alphabet's Google meanwhile was up over 43% year over year.

Brian Olsavsky, Amazon's chief financial officer, told reporters that the outsized profit surprised the company because at the time it issued its forecast last quarter, shoppers were buying lower-margin products.

"What we saw in Q2 was not only did the mix start to shift back to a more normal mix" but that "we also were able to ship a lot more than we had originally thought," he added. 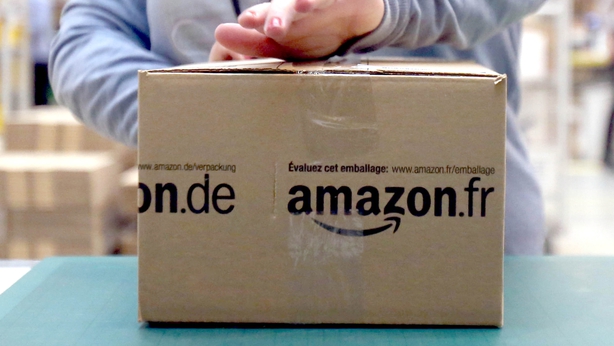 Delivery and video services bundled with the company's loyalty club Prime are a key reason why customers subscribe to that programme and do more of their shopping on Amazon.

Amazon also posted a rare operating profit in its international business, which Olsavsky attributed to a step up in customer spending in Europe and Japan during the pandemic.

The company forecast net sales of $87 billion to $93 billion for the third quarter, ahead of analysts' expectations of $86.34 billion, according to IBES data.

Olsavsky said that Prime Day, the company's lucrative summer marketing blitz, would be pushed back to the fourth quarter, excluding its business in India.

He also said that per usual the current quarter would see higher costs as the company gears up for the Christmas season, even more pronounced now due to higher-than-usual sales.

It would spend more than $2 billion in Covid-related expenses during the third quarter as well, he said on the analyst call.

But Amazon still anticipates operating profit between $2 billion and $5 billion for the quarter, the midpoint of which is higher than analysts were expecting, according to research firm FactSet.