The Government has agreed a €5bn package of 50 new measures to boost economic recovery and get people back to work.

The measures include a 2% cut in the standard VAT rate from 23% to 21% for a six-month period, a €100m package of employment supports to deliver 47,500 training and apprenticeship places and a €450m package of business supports.

A Stay and Spend tax rebate worth up to €125 per person to assist the tourism sector in the off-season based on a spend of €625 is also included.

The €5bn in measures announced today does not include the €2bn credit guarantee scheme previously announced by the Government.

Certain categories of workers previously excluded from the TWSS, including seasonal workers and new hires, will be allowed to enter the EWSS early, and can receive payments during July and August.

To qualify an employer must be operating on no more than 70% of turnover this year compared to last year.

While the Pandemic Unemployment Payment (PUP) will be extended until April, it will be progressively cut to align with Jobseeker's Benefit.

There will also be a grant for the self-employed who do not qualify for business restart grants, and some increases in community employment schemes.

The Department of Higher Education will be allocating a further €100m to deliver 35,000 additional places.

Employers will receive an incentive of €3,000 to take on apprentices.

The Stay and Spend incentive to encourage holiday expenditure will allow people to spend up to €625 in hotels between this October and next April.

The tax credit will be worth a maximum of €125 per person.

Eligible facilities would have to be registered with Fáilte Ireland and the incentive will not cover alcohol. The estimated cost of the incentive is €250m over this period.

Tánaiste Leo Varadkar says the money in today's financial package will be deployed at speed. He adds it is designed to help businesses to open, to help get staff back to work, and provide new opportunities for others | More: https://t.co/d0S8rSxOaf pic.twitter.com/G8wKxHxuVN

The period to avail of this is being reduced from every five years to four years.

Taoiseach Micheál Martin says the Covid-19 crisis has required a "major increase" in Ireland's public borrowing. He says this is in line with what is happening in Europe and across the world | Live updates: https://t.co/BN6Cp4TAvt pic.twitter.com/eCHLNzBmTu

There is a package of measures to boost cash flow for businesses, and the self-employed, including reforms to how trading losses can be carried against the previous year and tax warehousing.

The staffing threshold for qualifying companies rises from 50 to 250, or a turnover of up to €25m.

Micheál Martin said the plan would cost €5.2bn, but he said no one should be in any doubt that we are not returning to pre-Covid normality.

He said the extra borrowing needed for the package was sustainable.

The Tánaiste and Minister for Enterprise, Trade and Employment said the measures announced today are bigger in scale than most budgets and will be deployed at speed.

Leo Varadkar said the package is designed to help businesses to reopen and to get staff back to work, adding there are new opportunities for those whose jobs have been lost.

Minister for Climate Action, Communication Networks and Transport Eamon Ryan said the package will help those whose jobs are most at risk and provide opportunities for those who need to reskill.

He said the measures will also support businesses to stay open.

Minister for Finance Paschal Donohoe has defended not cutting the hospitality VAT rate of 13.5% in favour of the reduction of the standard VAT rate from 23% to 21%.

He said: "We believe a very broad and big tax reduction is a more effective way of helping more either spend their money or keep a business going."

He pointed to the Stay and Spend and the updates to the Temporary Wage Subsidy Scheme as measures for the hospitality industry.

He said 2.8 million people would be able to avail of the Stay and Spend scheme and that it could be implemented quickly in its current format.

He said this gave the best chance possible to creating new jobs in the hospitality industry.

Representative groups and businesses have also been giving their reaction to the plan.

SME Recovery Ireland welcomed some of the elements announced, but described the overall package as "lacking in scale and ambition". 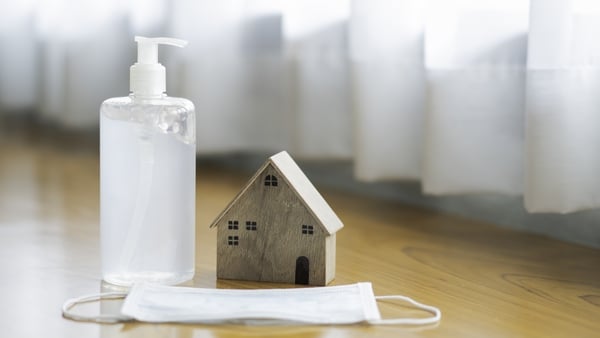 As it happened: Business, health and politics update