Vodafone said it was keeping its dividend today, bucking a corporate trend to cut or scrap payouts due to the coronavirus crisis.

This comes as the world's second-biggest mobile operator met expectations with a 2.6% rise in full-year core earnings.

The UK company said a drop in international travel due to the virus pandemic had hit its revenues from roaming calls and that it expected customer spending to suffer from the economic downturn caused by the health crisis.

However, it also said it was seeing a surge in data usage and improvements in retaining customers thanks to the speed and reliability of its networks.

Vodafone said its core earnings reached €14.9 billion in the year ended March 31, with group revenue up 3% to €45 billion, driven by business in Europe. 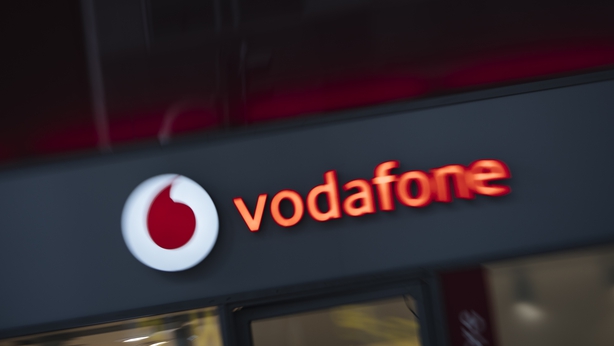 This time, the group kept its full-year payout at 9 cent a share. Rival BT Group last week suspended its dividend.

Vodafone, which has 65 million mobile contract and 25 million broadband customers in Europe, said roaming in Europe fell by 65-75% in April as the pandemic curbed travel.

However, the pandemic has caused an upsurge in demand for data as customers are forced to work from home and use technology to stay in contact with friends and family.

Vodafone said mobile data had increased by 15% and fixed-line usage by as much as 70% in some markets.

The rate of customer churn, or switching to rivals, fell 4-5 percentage points as mobile companies had to close retail stores, Vodafone said, adding the rate of new gross consumer additions reduced by around 40%.

The company said that, given the uncertainties surrounding the pandemic, it was not able to provide adjusted core earnings guidance for the current financial year.

But it said that, based on an assessment of the global economy, it could be flat to slightly down, compared with a rebased €14.5 billion for 2019-20.

It did provide guidance for free cash flow before spectrum costs, which underpins its dividend, saying it would be at least €5 billion.

Vodafone Ireland has reported a "strong year of solid, stable growth" with its service revenue coming in at €838m.

It said it now has 99% population coverage.

Vodafone also said it saw a significant increase in the number of customers taking advantage of  its enhanced 4G network with over 1.252 million devices now 4G enabled.

In August, Vodafone became the first mobile operator in Ireland to switch on 5G across locations in five cities - Cork, Limerick, Dublin, Galway and Waterford.

Anne O'Leary, CEO of Vodafone Ireland, said the company has invested over €1 billion in its network over the past decade.

"As we build towards a digital society of the future, our focus continues to be on enhancing and expanding our mobile and gigabit broadband networks, ensuring high speed connectivity for consumers and businesses across the country," Ms O'Leary said.

"During this time of uncertainty, connectivity means everything and I am proud that Vodafone is in such a strong position to support consumers, families, business and the vulnerable within our communities," the Vodafone Ireland CEO said.

"As Ireland looks to build a pathway to recovery, Vodafone will continue to lead on innovation and look at ways in which we can revolutionise technology so it can be used for the greater good in society," she added.