Zoom has said its video conferencing app's user base grew by another 50% to 300 million in the last three weeks.

This comes as the company fought to quell a backlash around security and safety that has seen a number of governments and firms ban its applications.

Chief executive Eric Yuan gave the numbers last night in an update on the platform's 90-day security plan, while also outlining the rollout next week of a new version of the app with more encryption features.

Zoom shares closed up nearly 5% in New York, and at $150.25 are now back close to peaks close to $160 hit last month before the security row erupted.

German carmaker Daimler was the latest company to say it had banned use of Zoom for all corporate content until further notice.

"There are some reports about security gaps and challenges regarding data protection of Zoom," Mercedes-Benz Cars spokesperson Christoph Sedlmayr said.

"This does not comply with the security requirements of our company. Therefore, we can confirm that Daimler prohibits the use of Zoom for corporate content until further notice," he added.

Bloomberg News also reported wireless technology firm NXP had banned the app's use with external parties, and that employees at Sweden's Ericsson had been advised not to use it.

That adds to a list that also includes many schools around the world, Elon Musk's venture SpaceX, Asia-focused bank Standard Chartered as well as governments in Germany, Taiwan and Singapore. 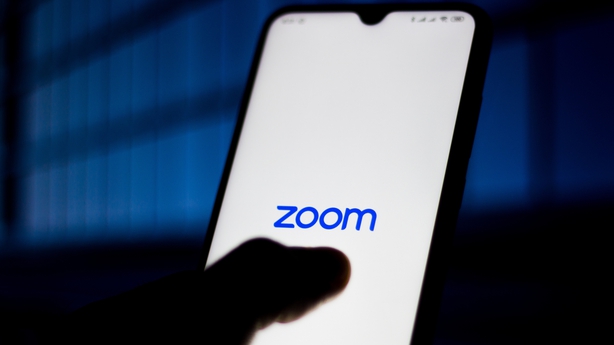 The coronavirus-driven lockdown of millions of people globally has driven huge growth in use of platforms like Zoom, Skype or Microsoft's Teams application, with Zoom already reporting last month a 2,000% surge in user numbers compared to its best days last year.

It said last night that growth had continued over the past three weeks, driving user numbers to 300 million daily, even as it faced a barrage of criticism from cyber security experts and users alike over bugs in its codes and the lack of end-to-end encryption of its chat sessions.

Zoom has appointed former Facebook security chief Alex Stamos and a number of other experts to attack these concerns and security researchers say it has responded robustly to the issues.

Researchers say "Zoombombing" incidents, where uninvited guests crash meetings, were caused by simple choices made by some of the millions of new users of the app and that the company has taken sensible steps including giving hosts the ability to lock meetings and restrict what attendees can do.

For corporate customers, however, the issue of encryption and who keeps records or can listen in to calls is more important, be it to safeguard valuable company information, or meet privacy obligations to customers.

Lea Kissner, formerly global lead of privacy technology at Google, and now a security consultant for Zoom, said the 256-bit GCM encryption being introduced with Zoom 5.0 next week was in line with what others in the industry were using.

All Zoom customers will switch to the new cryptographic mode from May 30, Kissner said.

To account for criticism that the company had routed some data through Chinese servers, Zoom also said an account administrator can now choose data centre regions for their meetings.