Insulation and building envelope product manufacturer Kingspan has decided to cut all staff pay for two months as a response to the coronavirus outbreak.

It is also withdrawing its proposal at its forthcoming AGM to pay a final dividend of 33.5 cent to shareholders for last year.

In a letter to staff, seen by RTE News, Kingspan CEO Gene Murtagh said that the company was implementing a 40% cut in pay for April and May without exception, while everyone on the executive team would have their salaries cut by 50% he said.

Mr Murtagh said there had been severe and unprecedented disruption in both production and customer demand and the situation is highly volatile and unpredictable.

"I know this is an extreme measure, but I also know that it is absolutely critical to protect as many jobs as possible," Mr Murtagh wrote.

"Will two months be sufficient? We simply don't know at this point, but it seems in line with government guidance and we will review again after that time period."

He added that all spending that is not business critical would be frozen.

Mr Murtagh told staff he understood that it might lead to situations where people will be paid but don't have work to do, while in other cases people will be working a normal week for reduced pay.

"Some of you may not have begun to experience the full impact of this crisis yet, but it is unfolding rapidly, and I ask you to do this in solidarity with your colleagues in sister factories across the world who are being severely impacted today," he said.

"I am asking this of each of you because my greatest concern now is to safeguard the future of as many jobs as possible."

The company said it had taken the decision to withdraw the dividend proposal because since it published its preliminary results last month, the global trading environment had changed significantly due to the "unprecedented challenges presented by Covid-19".

"The group has in excess of €1 billion in aggregate of cash balances on hand and committed undrawn bank facilities and maintains its strong balance sheet," it said in a statement to the stock market today.

"We are in a rapidly evolving trading environment and Kingspan will issue its next trading update on 30 April 2020 in advance of the AGM."

A month ago Kingspan reported a 13% rise in profit after tax for 2019, as it saw sales rise across all of its divisions.

The Co Cavan-based building materials group had a profit of €377.8m last year - following a 7% rise in revenues to almost €4.66 billion.

At the time it warned that the uncertain economic outlook had led to a slow start to the year.

But it remained confident of longer-term growth due to its investment in innovation.

However, the global economic outlook has changed dramatically since then, as the Covid-19 pandemic spreads around the globe. FSU criticises KBC for not agreeing to conciliation 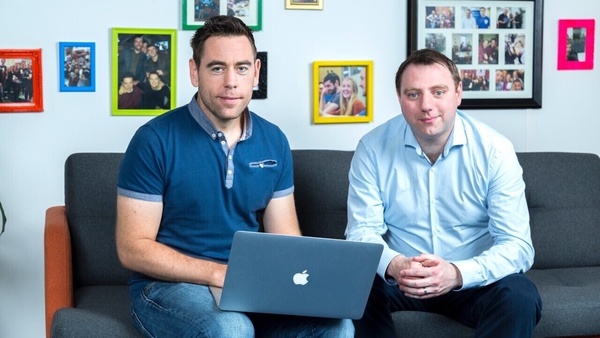