Apple has posted record results for the final three months of last year delivered by gains in iPhone sales and as the company transitions to digital services and wearables.

"Our thoughts are with all of those that are affected across the region," Tim Cook said.

Apple gave a wider than usual revenue forecast range of $63 billion to $67 billion for this quarter, citing uncertainty regarding how the outbreak will affect its business.

"We're donating to groups that are working to contain the outbreak; we're also working very closely with our team and our partners and we have limited travel to business-critical situations as of last week," Cook said.

Some of Apple's suppliers are based in the area near Wuhan, the city at the centre of the outbreak.

Tim Cook said that the company is working on "mitigation plans" to make up for production loss with alternate sources.

"With respect to supply sources that are outside the Wuhan area, the impact is less clear," he said.

Apple said it had closed one of its Wuhan stores and added that some retail partners have shut their shops or cut hours of business.

"While our sales within the Wuhan area itself are small, retail traffic has also been impacted outside of this area across the country in the last few days," he added.

Apple said its net profit hit an all-time high of $22 billion on record quarterly revenue of $91.8 billion - far stronger than most analyst estimates.

Revenue was "fueled by strong demand for our iPhone 11 and iPhone 11 Pro models, and all-time records for services and wearables," Cook said. 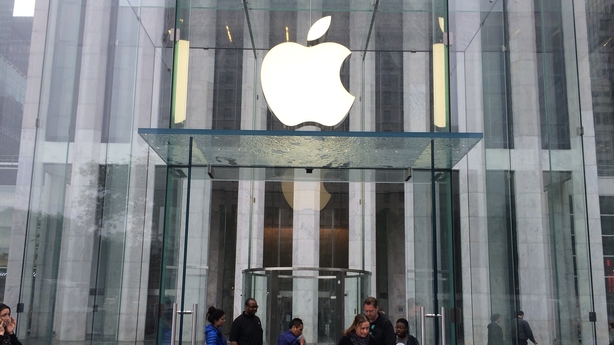 The results come with Apple seeking to shift its revenue mix amid a slumping smartphone market and growing competition in the segment, and as it relies more on services such as music, streaming television and other digital content.

"With each Apple product that a customer buys, I think they get tighter into the ecosystem," Cook said.

Apple stopped reporting unit sales for the iPhone, which has been the main cash-generator for the company in recent years, but revenue for its smartphone sales was up nearly eight percent in the quarter at $55.9 billion.

Services revenue rose 17% from a year ago to $12.7 billion, driven by the launch of its Apple TV+ service and its new credit card.

Paid subscriptions to Apple services hit 480 million in December, causing the company to expect to eclipse its 500 million target in the months ahead and eye hitting 600 million by the end of this year.

The Apple TV+ on-demand streaming service launched in more than 100 countries at $4.99 per month, at a price lower than those offered by rivals such as Netflix.

Shares in Apple were up slightly in after-market trades that followed release of the fiscal first-quarter earnings, extending a remarkable streak for the company which a year ago had been dogged by concerns of a slowdown in smartphone sales.

Apple shares have doubled from a year ago - lifting its valuation to more than $1.3 trillion - as the company has expanded its services with television streaming, digital payments and wearable tech such as its AirPods and an updated Apple Watch.

Apple bought back $20 billion in shares during the quarter and paid some $3.5 billion in dividends as part of a stated mission to be "net cash neutral" sometime in the future.