Sustainability is one of the big trends at this year's Gifted Fair, which opened in Dublin's RDS yesterday.

Around 45,000 people are expected to attend the five day event, with an increasing number of them focused on environmentally-friendly and ethically-produced goods.

Responding to that the event has an entire section for sustainable companies, which was curated by stylist and podcaster Jo Linehan.

"They asked me to come in and basically hand-pick some sellers who, not only are sustainable but have really amazing, special products," she said.

"So people can come here and find a really unique gift - and know that it's really eco-friendly as well," Ms Linehan said.

The issue of sustainability is not new, but it appears to have truly hit the mainstream in 2019. In turn that has created more conscious consumers, who are as interested in origin as they are in price.

"I think it's been an accumulation of things, there definitely is a shift of consciousness with consumers," Ms Linehan said. "I think it's been a lot of years of people banging on about it and suddenly it's all starting to make sense.

"People are thinking smart with their money and they want to know that, not only is a gift going to be really beautiful, but it has a really nice story attached," she explained.

One of those stories is Grown - a clothing brand that promises to make the country a little greener - literally - with each item sold.

"We use earth-positive ink, we use 100% organic cotton as a material and we plant one Irish tree, in Ireland, for every garment that we create," he explained.

But for Neil, sustainability in fashion is not just about changing the manufacturing process - it is also about changing consumer attitudes towards their clothes.

While it may be counter-intuitive for a business, he says they regularly discourage people from buying more products and instead get them to focus on one or two more considered purchases each year.

That focus on sustainable quality is key for another new Irish clothing brand - this one specialising in sleepwear.

"I worked in marketing initially and then I worked in responsible sourcing - so I decided to go out on my own and create a product and have it produced in factories that are ethical," said Cliona O'Brien, founder of Moon & Mellow.

That means that the various stages of the brand's production process are independently audited. The demand for that kind of verification was something Cliona first identified in her previous role in sourcing.

"We worked with bigger brands globally, and probably in the last six to seven years I noticed they were becoming more conscious of where we were producing - they wanted to have transparency in their supply chain," she said.

But for another sustainable exhibitor, their business came about in a slightly more random way.

"It was very much an organic process based on the fact that I learned to make books, having written a book and failed to produce it very well," he said.

"I built a company then that would publish my second book, that I still haven't written."

"It's been bubbling under the surface for a while, but I think this year there's really been an explosion in popularity," Mr O'Sullivan said.

It is not just the pages of a book that are becoming more sustainable - but also the message contained within them.

"They are all about Ireland and the whole idea is to educate children on Irish heritage and wildlife, in a fun way," she said.

"Each one is set in a different area of Ireland and then it's all about making characters out of the animals; so kids might get pine martens, or herons or corn crakes into their language and their everyday use", she explained.

Emma says in the few years that she has been publishing, she has seen a big change - for the better - in how her message is being received.

"I got my first book out three years ago for my 30th and I self-published it as a hobby," she said.

"It's something that parents are really eager about their kids to do as well. It's a big change!" she added, 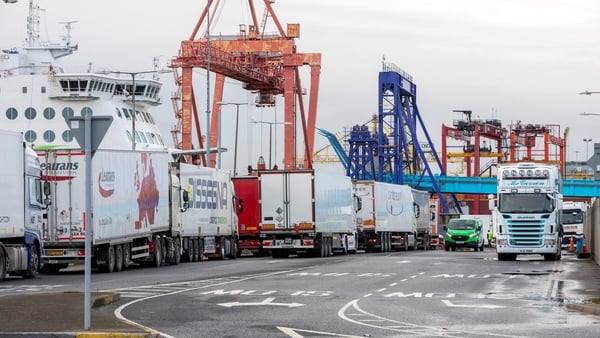