HP has said it was open to exploring a bid for US printer maker Xerox after rebuffing a $33.5 billion cash-and-stock acquisition offer from the latter as "significantly" undervaluing the personal computer maker.

Xerox made the offer for HP, a company more than three times its size, on November 5.

The move came after it resolved a dispute with its joint venture partner Fujifilm Holdings that represented billions of dollars in potential liabilities.

Responding to Xerox's offer, HP said in a statement that it would saddle the combined company with "outsized debt" and was not in the best interest of its shareholders.

However, HP left the door open for a deal that would involve it becoming the acquirer of Xerox, stating that it recognized the potential benefits of consolidation.

"With substantive engagement from Xerox management and access to diligence information on Xerox, we believe that we can quickly evaluate the merits of a potential transaction," HP said in its statement.

The move puts pressure on Xerox to open its books to HP.

Xerox did not immediately respond to a request for comment on whether it will engage with HP in negotiations as the potential acquisition target, rather than the acquirer. 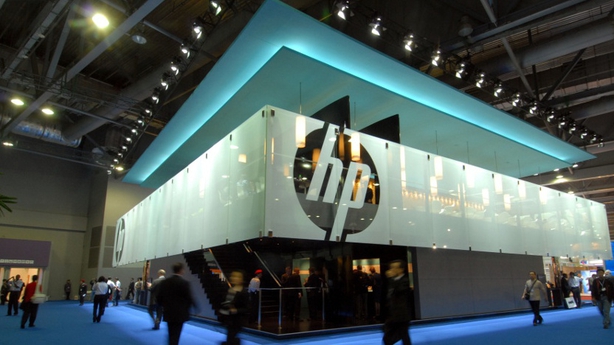 HP yesterday published Xerox CEO John Visentin's November 5 offer letter to HP, in which he stated that his company was "prepared to devote all necessary resources to finalize our due diligence on an accelerated basis."

Activist investor Carl Icahn, who took over Xerox's board last year together with fellow billionaire businessman Darwin Deason, said in an interview with the Wall Street Journal last week that he was not set on a particular structure for a deal with HP, as long as a combination is achieved.

Icahn has also amassed a 4% stake in HP.

Xerox had offered HP shareholders $22 per share that included $17 in cash and 0.137 Xerox shares for each HP share, according to the letter.

The offer would have resulted in HP shareholders owning about 48% of the combined company.

Many analysts have said there is merit in the companies combining to better cope with a stagnating printing market, but some cited challenges to integration, given their different offerings and pricing models.

Xerox scrapped its $6.1 billion deal to merge with Fujifilm last year under pressure from Icahn and Deason.

Xerox announced earlier this month it would sell its 25% stake in the joint venture for $2.3 billion.

Fujifilm also agreed to drop a lawsuit against Xerox, which it was pursuing following their failed merger.

The negotiations with Xerox represent a major test for HP's new CEO, Enrique Lores, the former president of HP's imaging and printing business, who officially took over earlier this month.

HP is mindful of large acquisitions given its fateful deal for UK software company Autonomy almost a decade ago.

HP bought Autonomy for $11.1 billion in 2011 as the centerpiece of its unsuccessful pivot to software.

Little over a year later, it wrote off $8.8 billion, $5 billion of which it put down to accounting improprieties, misrepresentation and disclosure failures.

More recently, HP has been struggling with its printer business segment recently, with the division's third-quarter revenue dropping 5% on-year.

It has announced a cost-saving programme worth more than $1 billion that could result in its shedding about 16% of its workforce, or about 9,000 employees, over the next few years.

Xerox's stock has rallied under Visentin, who took over last year as CEO.

However, HP said on Sunday that a decline in Xerox's revenue since June 2018 from $10.2 billion to $9.2 "raises significant questions" regarding the trajectory of Xerox's business and future prospects.