Business group Ibec said it was encouraged by the agreement between the EU and UK on a new Brexit Withdrawal Agreement.

However, in a letter to members, Ibec CEO Danny McCoy said there had to be an awareness that the deal, if ratified, would complicate trade relations with the UK.

Ibec said the deal had a lot to commend it, not least relative to the catastrophic implications of a 'no-deal.'

"If ratified, it would provide the basis for an orderly UK exit that avoids a damaging no-deal cliff edge at the end of the month," Mr McCoy wrote.

"It includes far-reaching and vital provisions to avoid a hard border on the island of Ireland, protects the Common Travel Area, provides a status quo transition period and allows talks to move on to the future EU-UK relationship."

However, he said, Brexit was always an exercise in damage limitation and that the country would inevitably end up in a worse place than we are now.

"The deal means Northern Ireland will be subject to preferential, but potentially complex, new customs arrangements. Meanwhile, the political declaration on the future EU-UK relationship is far less ambitious than Theresa May's previous deal. This could have significant negative economic implications in due course. We have also been left burdened with short, overly optimistic timelines to agree a future trade deal, which do not reflect business realities."

Meanwhile, the Irish Congress of Trade Unions said it was analysing the detail of yesterday's proposals and their implications.

The ICTU said it had supported - albeit reluctantly - the previous withdrawal agreement as it did less harm to the island of Ireland.

It said it greatly regrets any form of Brexit.

"It seems on our initial assessment that this text is a slightly lesser version of the original withdrawal agreement with a new mechanism to replace the NI backstop, but that essentially will do what a backstop was intended to do, albeit with some democratic oversight from the Assembly," the ICTU said in a statement.

IFA President Joe Healy also gave a cautious welcome to the Brexit deal concluded in Brussels yesterday, however the real test is the vote in the UK Parliament in Westminster on Saturday.

If it is ratified, the agreement will avoid a "no deal" outcome, which would have had severe and immediate consequences for the Irish economy, and the agri sector in particular.

"On the limited formation available, the deal appears to address the very deep concerns about creating a hard border on the island of Ireland. For these reasons, we would hope that this deal will be approved by the UK Parliament," Mr Healy said.

She said one aspect that is being welcomed by the Federation is that goods can be supplied to the Republic of Ireland without incurring any tariffs.

She said this arrangement agreed by the UK and the EU will result in extra costs with bureaucracy, but added that "businesses are pragmatic and solutions driven and used to working across borders, and figuring that out".

Ms McKenzie said the changes for its members is that any goods coming in from Great Britain will have to be checked at Northern Ireland ports and anything that is going to Europe will probably incur some sort of a tariff.

She said with regard to tracking customs moves from Britain into the Republic of Ireland and into the EU that travel via Northern Ireland, there will be a system that will have to be adhered to.

She also said businesses will be encouraged to come to Northern Ireland and invest in it, as she said they will be selling that they have "perfect access to the EU and Great Britain".

She said any Brexit is going to cause change but a no deal Brexit would put some members out of businesses and result in thousands of job losses. 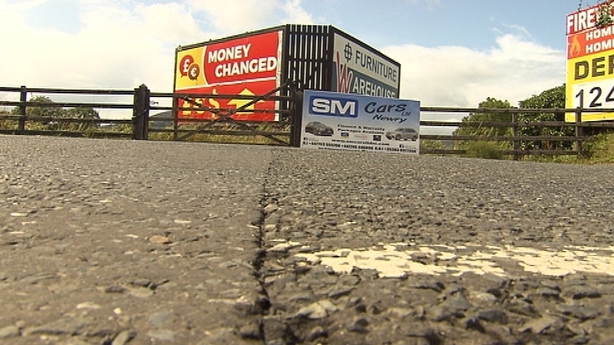 Ann McGregor, chief executive of Northern Ireland Chamber of Commerce and Industry, said the business community in Northern Ireland has always been clear that a deal in the Brexit negotiations is critical.

Ms McGregor said the absolute priority for businesses and the economy is still to avoid a messy and disorderly exit from the EU at the end of October.

She said that businesses need a chance to analyse precisely what the terms of this agreement would mean for all aspects of their operations.

"Many will reserve judgement until they have had time to digest the detail and implications for trade, business growth, export and private sector employment," she added.

Small and medium sized business representative organisation ISME has also given a cautious welcome to the deal.

But it said it comes at a considerable cost.

"The deal strikes a notably harder Brexit than that proposed by Theresa May, in that the UK will leave the EU customs union," it said in a statement.

It also warned that even if the agreement is passed by MPs in Westminster, that would only represent the end of the first phase.

"It is simply the withdrawal phase," ISME said.

"The future arrangements will be far harder to negotiate, since the UK will be looking over its shoulder to trade deals with the US, China, India, Mercosur, and others."

"And whether those negotiations can be concluded in 14 months is a moot point. The Transition phase represents a stand-still period until the end of 2020, when the real work will be done on what the future (and final) tariff arrangements between the UK and EU."