A new mobile phone service has been launched promising 80GB of data as well as all calls and texts for €9.99 a month.

GoMo is part of the eir group and is aimed predominantly but not exclusively at younger customers.

The no-frills service offers a SIM-only option to users at a price point likely to trigger a competitive response from other operators in the market.

Currently similar all-you-can-eat packages from other operators such as Vodafone, Three, Tesco Mobile, Virgin Mobile and eir cost between €20 and €35 a month.

A so-called virtual operator, GoMo will use eir's network and will offer 99% population coverage and over 97% 4G coverage.

However, it will be operated as a standalone digital brand, with no shops.

Instead, all service issues will be handled online through customer accounts.

Customers will have to order a SIM card over the internet, which will be delivered to them.

Service queries will be handled by a dedicated webchat team based in Limerick but eir's existing support channels will not deal with problems.

The service will not require a long term contract and customers can sign up for a rolling 30 day plan.

The estimated maximum speed for 4G downloads is 10Mb/s, although this will vary from place to place and GoMo says it expects customers will often enjoy better speeds than that.

The company said the first 100,000 customers to join the service will get all calls to Irish mobiles and landlines, all texts and all data for €9.99 a month - for life.

However, the full-speed data allowance will be capped at 80GB a month.

Above this, rather than being disconnected completely or charged extra, customers connection speed will be reduced.

Customers will also be able to use the service while roaming in the EU, although data is capped at 10GB a month.

Outside the EU though, GoMo users will be charged from €4.99 per MB of data and €1.99 or more per minute to make or receive calls.

The brand has been 12 months in development and is one of the first significant service additions since French telecoms billionaire Xavier Niel took control of eir last year. 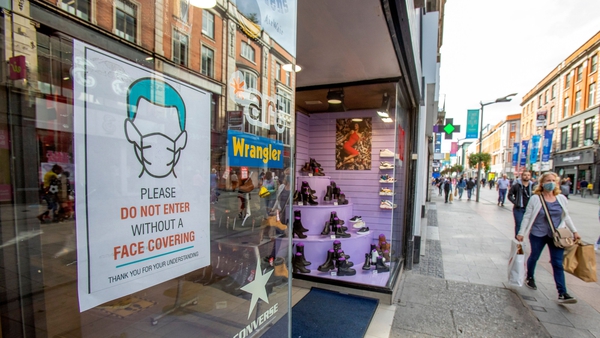 Call for Govt to support business hit by Covid closures

EU traffic light system in place 'in a month or two'

Ryanair to close Cork and Shannon bases for the winter