AIB has reported pre-tax profits - including exceptionals - of €436m for the six months to the end of June - a fall of more than 40% on profits of €762m the same time last year.

AIB's pre-tax profits - excluding exceptions - came to €567m and it said in its results statement that it was seeing "a positive underlying business performance".

The exceptional items included a charge of €131m which mainly relates to restitution costs and provisions associated with legacy issues, including the tracker mortgage issue.

The bank said it was setting aside a €35m provision for an expected tracker mortgage fine from the Central Bank as well as a provision related to a loan documentation issue.

AIB said that as it reaches the conclusion of the tracker mortgage examination with payments issued to the vast majority of customers, it is now working with the Central Bank through the enforcement process.

"The examination phase on the tracker issue is now at a conclusion, we have compensated over 99% of our customers who were affected by it and we've now moved into the enforcement phase," said AIB CEO Colin Hunt.

"It's right and appropriate now to make a provision for a fine that we do expect to receive," he stated.

"We don't know how much that fine is going to be, we don't know when it's going to arrive but we've put a provision in the accounts in the first half," he added. 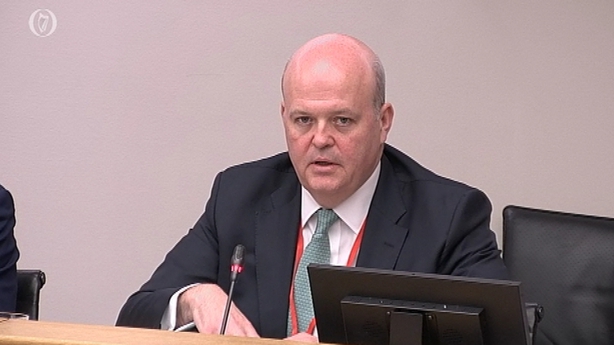 Over 12,000 AIB customers were affected by the tracker mortgage issue, which saw them being overcharged when they were either denied a tracker rate they were entitled to, or charged the wrong rate of interest on their mortgage.

The Central Bank recently fined PTSB €21m for its involvement in the tracker scandal - which involved around 2,000 customers.

"There's an awful lot of factors at play in relation to what the fine will turnout to be, but we're happy with the provision we've made in the first half of the year," Mr Hunt said.

AIB said it remains on track to reach the milestone of having a non-performing loan ratio of about 5% by the end of the year.

Mr Hunt refused to be drawn on whether that would involve further loan sales, but said the bank was keeping its options open.

Mr Hunt refused to be drawn on whether that would involve further loan sales, but said the bank was keeping its options open.

"We've got any number of options available to deal with this issue," he said.

"Our preferred option is to agreed restructurings with our customers, we have agreed over 100,000 restructurings but the over-riding consideration is that we need to put our balance sheet into the healthiest possible position, as quickly as possible.

"We're doing that because it's in the best long-term interest of the economy, our customers and our shareholders," the bank CEO added.

In today's results statement, AIB said that new lending in the six month period grew by 8% to €6 billion from €5.5 billion the same time last year.

New mortgage lending in Ireland grew by 8% to €1.3 billion and the bank's market share of mortgage drawdowns in the first half stood at 31.3%. 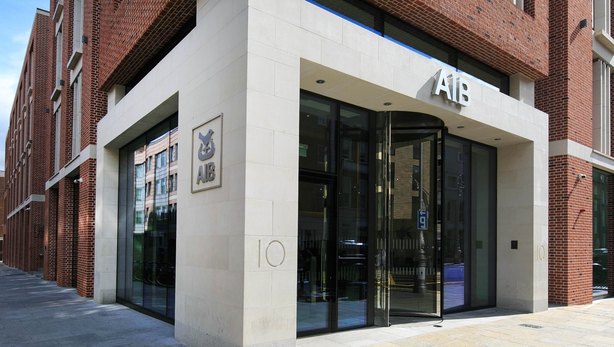 "The underlying business is performing very well," Mr Hunt said. "We've got strong underlying profitability, lending growth is at a level that I think is sustainable and healthy, we've a really robust capital base and a really strong balance sheet."

AIB said it was seeing a strong trend in applications and approvals data following positive reaction to its
mortgage pricing changes in April.

It added that lending to the corporate sector in Ireland has been strong while the bank's activity in syndicated and international lending has been more "muted".

But it also noted that sentiment in the SME sector remains cautious as Brexit uncertainty prevails and new lending to the sector increased by 4% in the first half of the year.

"Our progress towards non-performing exposure (NPE) normalisation continues and with all levers at our disposal, we remain firmly on track to reach the milestone of circa 5% by year end," the CEO said.

In today's results statement, AIB said its tier one capital ratio was steady at 17.3%, well above its medium term target of 13%.

Operating expenses of €744m were 6% higher than last year, which the bank said was related to wage inflation, increased depreciation, and the elevated cost of its distressed loan workout unit.

Shares in the bank closed 4% lower in Dublin today.