The new boss of Vodafone cut the mobile operator's dividend for the first time, securing the firepower it needs to build 5G networks and complete its acquisition of Liberty Global assets.

Nick Read, the former CFO who has been in the top job since October, said the decision to cut one of the biggest payouts in Britain had not been taken lightly.

But he said it was needed to bring down debt and invest in new technologies.

The company cut the full-year dividend by 40% to nine cent a share from 15.07 cent in its financial 2018 year and below the 14.55 cent that analysts had expected.

Nick Read said the outlook had worsened on multiple fronts since he had said in November that the dividend was safe.

The wider economic environment was also not helping, he said, with a lack of visibility in its major European, Middle Eastern and African markets. 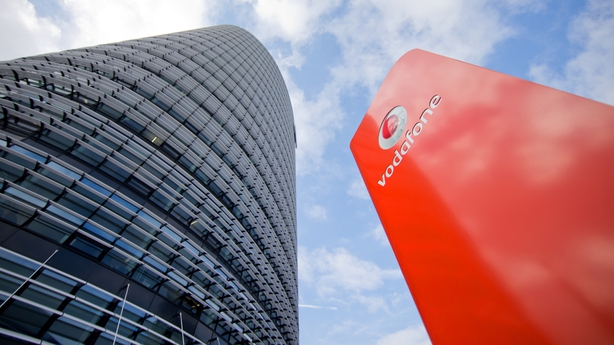 "Twelve months back we had a good degree of headroom, by November we had sufficient headroom, and the headroom has been compressed in the last six months," he said.

Vodafone's shares have fallen 37% in the last 12 months as investors fretted about the cost of acquiring Liberty Global's cable assets in Germany and some other eastern European markets, the outlay on new spectrum for 5G services and tougher conditions in some European markets.

Read said that the shares, which had a dividend yield of over 9%, were still paying 5.9% after the cut, ahead of the FTSE average of about 5%.

Read was a key lieutenant to his predecessor Vittorio Colao as Vodafone broadened from a pure mobile player to offer fixed-line services in major markets while retrenching from other areas including India and the US.

The group yesterday sold its New Zealand operation to a financial consortium. It is also fighting to merge its operations in Australia with fixed-line group TPG.

Read's strategy as CEO is to drive growth by building superfast 5G networks for customers, industry and business clients, sharing infrastructure where possible with rivals.

Vodafone, second only to China Mobile in terms of customer numbers, is facing hefty payments for the airwaves needed to launch the next generation 5G services and to invest in fixed-line broadband.

At the same time its revenue is being squeezed by competition in markets like Spain and Italy.

Vodafone is also buying Liberty Global's cable assets in Germany and some Eastern European markets when it receives regulatory clearance, for an enterprise value of €18.4 billion, adding to its €27 billion debt pile.

Read said the dividend cut would help the group reduce borrowing at the same time as top-line growth starts to improve from the second quarter.

He said a 0.6% fall in organic service revenue, a key industry measurement in the fourth quarter, should be the low point.

Impairments recorded earlier in the year pushed the group into a loss of €7.6 billion.

The company said its adjusted core earnings rose 3.1% on an organic basis, in line with Vodafone's guidance and analyst expectations.

Vodafone Ireland said its mobile customer base over the year increased by 0.1%, with 8,000 contract customers added over the 12 month period.

The company's total fixed broadband customer base increased to over 266,000 over the last quarter to record growth of 0.2%.

Its mobile data usage also broke through the 24,272 Terabytes of mobile data in the quarter for the first time to mark a 49.5% annual increase.

In December, the company said it was planning a new wireless home broadband access trial in four locations across rural Ireland, with the aim of exploring the possibility of operating a dedicated rural wireless network utilising 5G technology.