Amazon.com is rolling out machines to automate a job held by thousands of its workers - boxing up customer orders.

The company started adding technology to a handful of warehouses in recent years, which scans goods coming down a conveyor belt and envelopes them seconds later in boxes custom-built for each item, two people who worked on the project told Reuters.

Amazon has considered installing two machines at dozens more warehouses, removing at least 24 roles at each one, these people said. These facilities typically employ more than 2,000 people.

That would amount to more than 1,300 cuts across 55 US "fulfillment centres" for standard-sized inventory.

Amazon would expect to recover the costs in under two years, at $1m per machine plus operational expenses, they said.

The plan, previously unreported, shows how Amazon is pushing to reduce labour and boost profits as automation of the most common warehouse task - picking up an item - is still beyond its reach.

The changes are not finalised because vetting technology before a major deployment can take a long time.

Amazon is famous for its drive to automate as many parts of its business as possible, whether pricing goods or transporting items in its warehouses.

But the company is in a precarious position as it considers replacing jobs that have won it subsidies and public goodwill.

"We are piloting this new technology with the goal of increasing safety, speeding up delivery times and adding efficiency across our network," an Amazon spokeswoman said in a statement.

"We expect the efficiency savings will be re-invested in new services for customers, where new jobs will continue to be created."

Its employee base has grown to become one of the largest in the US, as the company opened new warehouses and raised wages to attract staff in a tight labour market. 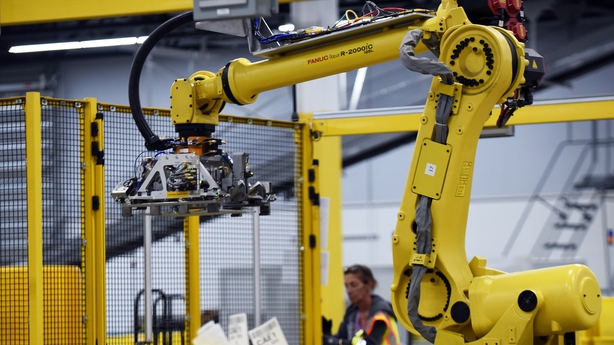 A key to its goal of a leaner workforce is attrition, one of the sources said.

Rather than lay off workers, the person said, the world's largest online retailer will one day refrain from refilling packing roles.

Those have high turnover because boxing multiple orders per minute over 10 hours is taxing work.

At the same time, employees that stay with the company can be trained to take up more technical roles.

The new machines, known as the CartonWrap from Italian firm CMC, pack much faster than humans.

They crank out 600 to 700 boxes per hour, or four to five times the rate of a human packer, the sources said.

The machines require one person to load customer orders, another to stock cardboard and glue and a technician to fix jams on occasion.

Though Amazon has announced it intends to speed up shipping across its Prime loyalty programme, this latest round of automation is not focused on speed.

"It's truly about efficiency and savings," one of the people said. 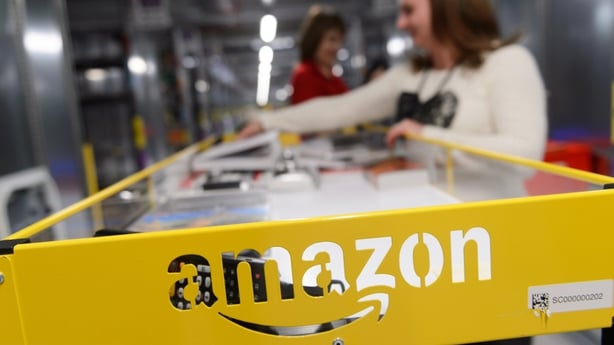 Including other machines known as the "SmartPac," which the company rolled out recently to mail items in patented envelopes, Amazon's technology suite will be able to automate a majority of its human packers.

Five rows of workers at a facility can turn into two, supplemented by two CMC machines and one SmartPac, the person said.

The company describes this as an effort to "re-purpose" workers, the person said.

It could not be learned where roles might disappear first and what incentives, if any, are tied to those specific jobs.

But the hiring deals that Amazon has with governments are often generous.

For the 1,500 jobs Amazon announced last year in Alabama, for instance, the state promised the company $48.7m over ten years, its department of commerce said.

Amazon is not alone in testing CMC's packing technology. JD.com and Shutterfly have used the machines as well, the companies said, as has Walmart, according to a person familiar with its pilot.

Walmart started three and a half years ago and has since installed the machines in several US locations, the person said. The company declined to comment.

Interest in boxing technology sheds light on how the e-commerce behemoths are approaching one of the major problems in the logistics industry today - finding a robotic hand that can grasp diverse items without breaking them.

Amazon employs countless workers at each fulfillment centre who do variations of this same task.

Some pack inventory, while others pick customer orders and still others grab those orders, placing them in the right size box and taping them up.

Many venture-backed companies and university researchers are racing to automate this work.

While advances in artificial intelligence are improving machines' accuracy, there is still no guarantee that robotic hands can prevent a marmalade jar from slipping and breaking, or switch seamlessly from picking up an eraser to grabbing a vacuum cleaner. 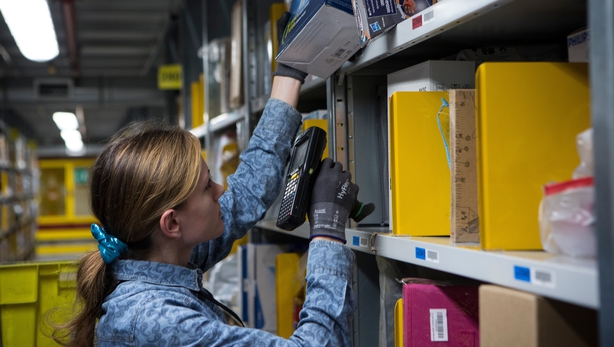 Amazon has tested different vendors' technology that it may one day use for picking, including from Soft Robotics, a Boston-area startup that drew inspiration from octopus tentacles to make grippers more versatile, one person familiar with Amazon's experimentation said.

Soft Robotics declined to comment on its work with Amazon but said it has handled a wide and ever-changing variety of products for multiple large retailers.

Believing that grasping technology is not ready for prime time, Amazon is automating around that problem when packing customer orders.

Humans still place items on a conveyor, but machines then build boxes around them and take care of the sealing and labeling. This saves money not just by reducing labour but by reducing wasted packing materials as well.

These machines are not without flaws. CMC can only produce so many per year.

They need a technician on site who can fix problems as they arise, a requirement Amazon would rather do without, the two sources said. The super-hot glue closing the boxes can pile up and halt a machine.

Still other types of automation, like the robotic grocery assembly system of Ocado Group are the focus of much industry interest.

But the boxing machines are already proving helpful to Amazon. The company has installed them in busy warehouses that are driving distance from Seattle, Frankfurt, Milan, Amsterdam, Manchester and elsewhere, the people said.

The machines have the potential to automate far more than 24 jobs per facility, one of the sources said.

The company is also setting up nearly two dozen more US fulfillment centres for small and non-specialty inventory, according to logistics consultancy, which could be ripe for the machines.

This is just a harbinger of automation to come.

"A 'lights out' warehouse is ultimately the goal," one of the people said.