Australia's competition regulator has today blocked a proposed A$15 billion merger between TPG Telecom and a Vodafone Group - sending shares of companies on both sides of the deal tumbling.

The merger was to combine Australia's third and fourth-largest telcos to create a big player boasting TPG's fibre network and Vodafone's mobile system.

Its rejection on competition grounds, which was accidentally uploaded by the Australian Competition and Consumer Commission (ACCC) a day earlier than expected, unravelled that prospect and drove a chaotic selldown across the sector in late trade.

The firms said they would contest the decision in court.

But the rejection heaps pressure on the growth plans of both companies, weighing on TPG in particular to resume investment in a mobile network it abandoned in January.

Analysts said the merger was of mutual interest since Vodafone's growth had stalled and TPG remained a small player.

Vodafone mainly runs a mobile phone business in Australia in a joint venture with Hutchison Telecommunications (Australia), and it had struggled with reliability.

TPG mainly runs an internet business with a low-cost reputation.

The deal would stop both from competing in each other's markets, the ACCC had said in December, concluding today that it would reduce rivalry in the sector as a whole.

It is the largest deal the regulator has blocked for years, and it could now grind through the courts for a long time, much like the ultimately successful tie-up between gambling houses Tabcorp Holdings and Tatts Group in 2017.

TPG shares dropped as much as 15% and closed at a five-month low, more or less where they were before the deal was agreed, while thinly traded Hutchison stock dropped 28% to its lowest level since February.

TPG abandoned building its mobile telephone network in January because it relied on Huawei Technologies equipment, after the Chinese telco was banned by Australia's government on security grounds last year.

The regulator believes the company may revisit the plan to build the network and that rivalry in the industry depends on it.

"TPG is the best prospect Australia has for a new mobile network operator to enter the market, and this is likely the last chance we have for stronger competition in the supply of mobile services," ACCC Chairman Rod Sims said in a statement.

TPG did not mention the network in a statement, which said the merger would improve competition.

Vodafone Hutchison Australia said it remains committed to the deal. 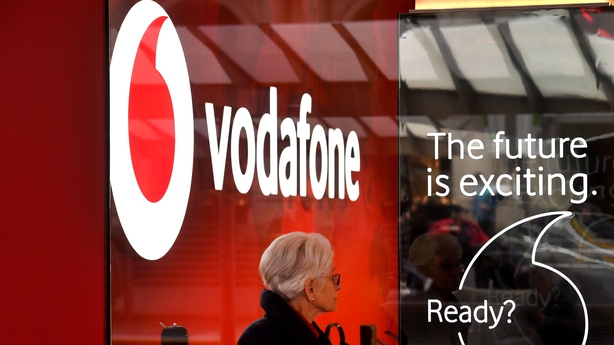 The two companies agreed to extend the deadline for implementing the merger until August 31, 2020.

"It is extremely difficult for us to understand this decision," Vodafone Hutchison Australia's chief executive  Inaki Berroeta said on a conference call with journalists.

"It looks like the ACCC has created an ideal market structure and they are trying to compare that with reality, which I believe is a fallacy," he said. "This is something that we will definitely contest."

The regulator's decision caught traders, analysts and the companies unawares since it was not due to announce its final verdict until tomorrow, after twice delaying the decision date, when it inadvertently published a note on its website.

"This information was inadvertently published online on our mergers register briefly this afternoon," the ACCC said in a statement.

The news sent both firms into a tailspin and shares sliding until the market closed 25 minutes later and the regulator published a fuller note explaining its reasons.

TPG and Vodafone only responded after the close of trade in Australia, likely making for a bumpy open tomorrow.