Building materials group CRH has reported a positive start to the year with first quarter like-for-like sales 7% ahead of the same time last year.

In a trading update for the three months to the end of March, CRH said its sales volumes benefited from mild weather conditions and good momentum across most of its major markets.

CRH also today announced an additional €350m in share buybacks and forecast growth for the year.

The world's second-biggest building materials supplier by market capitalisation launched its first share buyback programme in a decade last year and had completed the repurchase of €1 billion of shares by the end of March.

Citing its strong balance sheet and cash generation it said today that it planned to buy back a further €350m of shares before it reports its half-year results on August 22.

CRH said it expects mid-single digit percentage growth in core earnings in the first half of the year helped by acquisitions and growth in the second half when it traditionally makes two-thirds of its profit.

The strong first quarter was driven by a 12% year-on-year increase in sales in its Europe Materials division, while sales in its Americas Materials and Building Products divisions rose by 4% and 5% respectively.

A strategic review of CRH's European distribution business is ongoing, it said, reiterating that it would consider all options to maximise shareholder value.

Reuters reported earlier this month that CRH had hired Bank of America to launch the sale of the unit in a deal valuing the unit at about €2 billion - including debt.

The sale process is expected to begin next month and has already drawn interest from buyout funds including Advent, Lone Star and CVC, sources familiar with the matter said.

CRH has been ruthless in recent years in dumping businesses it did not feel were delivering high enough returns and chasing more attractive ones as it aims to improve its EBITDA margin by 300 basis points by 2021, a target announced a year ago.

It said today that it had reached an agreement to offload its European Shutters and Awnings business to StellaGroup for €300m. 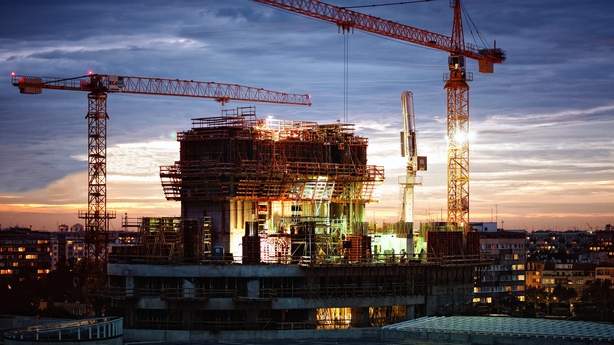 It also said it had spent €200m on 16 smaller bolt-on acquisitions so far this year.

In its trading update today, CRH said that group EBITDA, for the seasonally less important first half of the year, is expected to be more than €1.5 billion.

CRH said that with normal weather patterns and without any major market developments, EBITDA in the second half of the year is also expected to be ahead of the €2.24 billion reported the same time last year.

The company added that despite ongoing Brexit-related uncertainty, EBITDA in its Europe Materials division is also expected to rise.

On its Irish operations, CRH said that volumes were ahead with good demand while cement and readymixed concrete prices were ahead of the same time last year.

The company is due to hold its AGM tomorrow where shareholders will vote on the latest proposed share buyback.

Shares in the company closed 0.5% higher in Dublin trade today.