The entire drama played out as the mobile phone industry prepares to shift to a technology called 5G.

Echoing complaints from the US Federal Trade Commission, Apple had alleged that Qualcomm used its patent licensing business to keep a monopoly on modem chips that connect devices like the iPhone to wireless data networks.

Qualcomm insisted that Apple was using its valuable technology without proper payment, and Apple later dropped Qualcomm's chips in favour of those from Intel.

In the end, Apple and Qualcomm ceased all litigation, with Apple signing a six-year licensing deal with Qualcomm and also agreeing to buy Qualcomm chips.

5G is a new network technology for wireless communications that could be up to 100 times faster than current 4G networks.

The networks are coming on line in the US, China, South Korea and other places this year, but probably will not be widespread until 2020. Modem chips connect devices like phones to these networks.

WHO ARE THE PLAYERS IN 5G?

Samsung and Huawei, however, only make chips for their own mobile phones.

WHY DOES APPLE CARE ABOUT 5G?

Some of Apple's rivals in the smartphone market - notably Samsung - plan to release 5G devices this year, which could put pressure on Apple to match the feature. 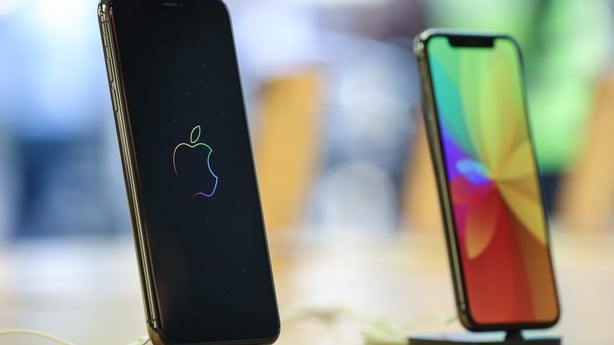 Many carriers that are investing heavily to build 5G networks are also likely to put their marketing efforts behind 5G phones.

WILL APPLE HAVE A 5G PHONE THIS YEAR?

It would require an extraordinary effort from both companies. New modems take months of testing to ensure phones will work on carrier networks. Under traditional time lines, Apple would have needed to start testing a 5G iPhone last year, but its supplier Intel did not have a chip ready.

WILL APPLE LOSE MARKET SHARE WITHOUT A 5G PHONE?

Apple was slow to 4G too and did not pay a price. Samsung and others released 4G phones in 2011 as the networks were rolling out. Apple waited until 2012, when 4G networks become widely accessible. Many analysts believe Apple is making the same bet with 5G.

WHY DOES APPLE NEED QUALCOMM'S CHIPS?

Apple's only current modem supplier, Intel, said that it would not have a 5G chip ready until 2020, which could have pushed Apple's launch of a 5G iPhone into 2021 - a long enough delay that it could hurt sales.

Qualcomm, on the other hand, is preparing to ship its second generation 5G chip and can meet Apple's needs with its current products.

WILL APPLE EXCLUSIVELY USE QUALCOMM'S CHIPS?

Not necessarily. While Apple and Qualcomm signed a supply agreement, Apple is working on developing its own modems and disclosed in court earlier this year that it has held talks with MediaTek and Samsung around modems.

WHY DID INTEL SHARE RISE AFTER IT EXITED THE MODEM BUSINESS?

Intel's chief executive Bob Swan has told investors in the past that modem chips are not likely to fetch the same high margins as its CPU chips.

Intel has plenty of other ways to make money from 5G, like selling CPUs to makers of base stations and so-called programmable chips to makers of networking gear.