Jaguar Land Rover said it plans to cut 10% of its workforce, mostly in its home market, as Britain's biggest car maker faces lower Chinese demand and a slump in European diesel sales.

The company said it will cut some 4,500 out of 42,500 jobs, targeting managerial roles rather than production-line workers as it battles to return to profitability.

Owned by India's Tata Motors, JLR also said it will build electric drive units at its Wolverhampton engine plant and create a new battery assembly centre in Hams Hall, near Birmingham, as it develops a greener vehicle range.

JLR builds a higher proportion of its cars in Britain than any other major or medium-sized carmaker and has spent millions preparing for Brexit, in case of tariffs or customs checks.

But it lost £354m between April and September 2018 and had already cut around 1,000 roles in Britain, shut its Solihull plant for two weeks and announced a three-day week at its Castle Bromwich site.

"We are taking decisive action to help deliver long-term growth, in the face of multiple geopolitical and regulatory disruptions as well as technology challenges facing the automotive industry," Mr Speth said.

JLR, which became Britain's biggest carmaker in 2016 and had been on course to build around one million vehicles by the turn of the decade, reported a 4.6% drop in full-year sales to just under 600,000 vehicles.

It has hired staff in China and Slovakia in recent years as it opens new plants and last year unveiled plans to cut costs and improve cash flows by £2.5 billion.

Speth warned in September that the wrong Brexit deal could cost tens of thousands of car jobs and posed a production threat.

Ford also said today it will cut thousands of jobs in Europe, exit unprofitable markets and discontinue loss-making vehicle lines as part of a turnaround effort aimed at improving profit margins in the region.

Several companies have warned of a slowdown in China and the effect of trade wars just as car makers pump billions into greener technologies to meet stricter emissions rules and customers shun combustion engines in the face of higher levies.

Demand in China, which had once been one of its strongest countries but has since been hit by a slowdown, fell by 21.6%, the biggest drop of any of its markets. 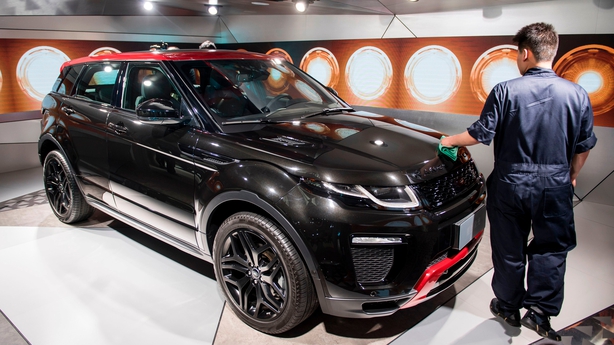 Diesel accounts for 90% of the firm's UK sales and 45% of global demand, the company said last year, as demand in the segment tumbles following new levies in the wake of the 2015 Volkswagen emissions cheating scandal.

The firm's chief financial officer had said in October that the firm's Changshu plant in China "has basically been closed for most of October in order to allow the inventory of both our vehicles and dealer inventory to start to reduce".

Like fellow carmakers, the company could see its three British car factories grind to a halt in fewer than 80 days if MPs next week reject a deal by Prime Minister Theresa May, leading to tariffs and customs checks after a no-deal outcome.

"Given the difficulties that they're going through ... to add further costs and further disruption from a no-deal Brexit, it's clear why they've been so clear that this would be against their interests," said UK business minister Greg Clark.

BMW-owned car brand Rolls-Royce is also taking steps to prepare for a no-deal Brexit but called on the government to prevent that outcome.

"We urge the government to avoid any hard Brexit," its chief executive Torsten Mueller-Oetvoes said.